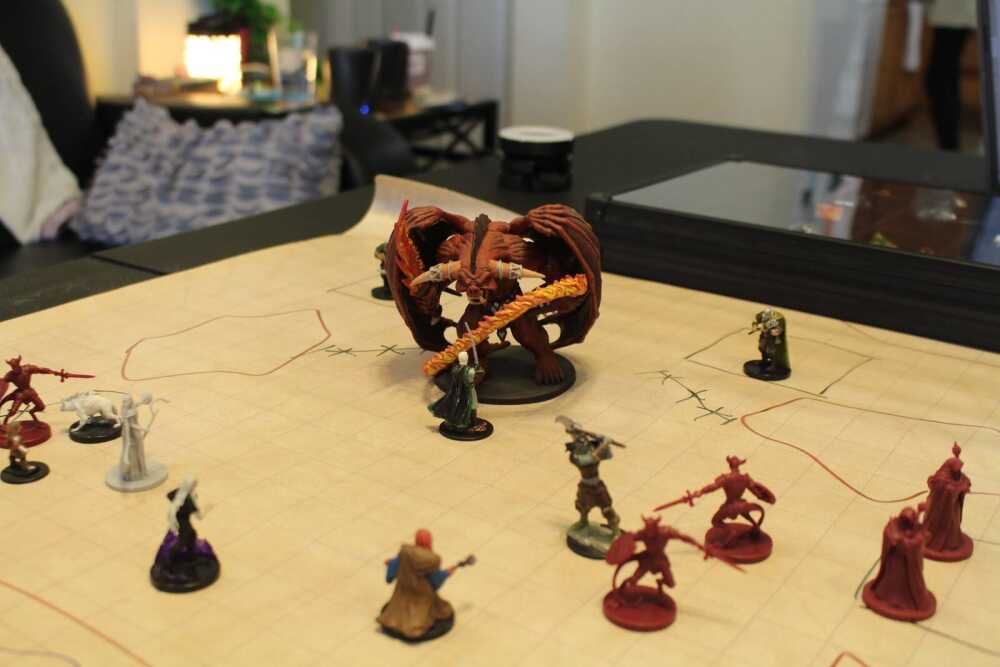 Koki Lynn begins each DND session by hand-drawing maps and setting up miniatures before the campaign begins.
Photo by Beau Nations

Any students interested in joining the Southeast Dungeons and Dragons club won't need to roll for initiative to become a new member.

The DND club accepts any student interested in learning about the game or wanting to join a campaign. Students can simply join the Discord channel, roll a character role and jump into an exciting campaign.

The tabletop role-playing game has risen back into popularity in recent years, namely after appearing in the well-received Netflix series “Stranger Things.” DND allows roleplayers to explore their creative side with improvised gameplay and character creation. Some of the adventurers Southeast students have created include characters such as Jaguar humanoid druid Twinkling Cavern, Eldritch Knight Paladin Firavain Radram and Genasi cleric Najil.

The DND group hosted their GM101 event March 30 from 6 to 10 p.m. in the program lounge at the University Center. Hosts of the event taught students the basic elements needed to become a game master within the club. The presentation included information on how new Game Masters (GM) go about starting a new campaign. The presenters also included interactive activities including roleplaying, world-building and non-player character creation.

“We’re up to 60 people in our Discord. Right now, we’ve got plenty of people willing to be players, but we only have a few that are willing to lead games,” DND Club Founder and President Zach Locke said. “The big goal of our game master event is to get more people leading games. We will have some intermittent activities, as well. That will be in-person and on stream in our Discord.” 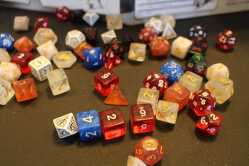 Junior Koki Lynn has been in the role of GM for two years and was one of the main presenters at the club’s GM101 event. Lynn and his group of DND players recently reached their 50th session campaigning together. The group has made many memorable moments throughout their campaign. Campaigns consist of a game master who leads their players through an adventure where they must make choices. The success of those choices are decided through dice rolls and creativity.

“My favorite has to be when the three-foot-tall Kobold outdrank everyone at the table, which included an eight-and-a-half-foot-tall Goliath woman,” Lynn said. “That, or the time they tried to football toss the Kobold through a second-floor window, only to tremendously miss and splat him against the side of the building.”

Lynn and his group of loyal players meet on a weekly basis and campaign for several fun-filled hours. His group of DND players incorporate hand-drawn maps, miniature character models and a variety of snacks to fuel their long sessions.

One Southeast student who became interested in the roleplaying game and was a catalyst for starting the on-campus group in 2019 is DND Club president and founder Zach Locke.

“I had some family who played DND, and I was like, ‘That sounds like fun.’ So, I actually started with me and six of my friends on my floor. We met in the lounge and played DND there,” Locke said. “The spring of my freshman year, I realized there was some decent demand and attention and that a lot of people were wanting to play DND, so I was like, ‘I’ll make a club.’”

Locke spoke with a Southeast club advisor who said there was previously a DND group at Southeast, but it had been inactive for so long it was not in the system. The club now hosts a growing number of members on their Discord channel and holds multiple events throughout the year both in-person and online.

Sophomore Trinity Smallwood is one of the newer members of the club and is one of five players currently taking on the role of Game Master.

“I wanted to play DND and no one else wanted to GM, so I said, ‘I’ll do it myself,’” Smallwood said. “My friends and I have fun with the improv chaos. [The group] seems to be very welcoming and excited to play. It’s nice to know fellow nerds exist nearby.”

For more information on the Southeast DND group, visit their page on SE LINK.