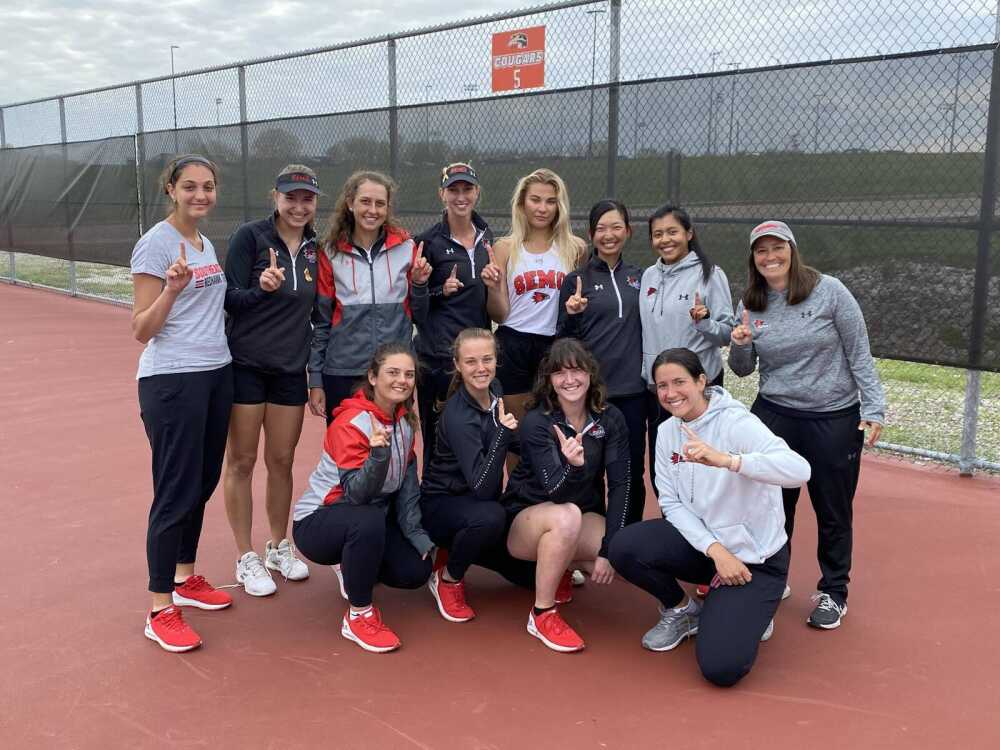 On Friday, April 16, the Redhawks tennis team made history by securing their first regular-season Ohio Valley Conference Championship. The Redhawks finished with a regular season record of 14-4 and a 7-0 record against conference opponents.

Head coach Mary Beth Gunn has been the Redhawks Tennis coach since 2015, and since then, the program has seen positive growth. In 2016, the Redhawks broke their streak of 10-consecutive losing seasons with a 13-8 record.

“Being a program that has not seen much success, I needed to sell the vision that I had for this team,’’ Gunn said.

Gunn said recruiting takes time, but setting goals and being optimistic about the program’s future helps get the right talent.

“Fortunately, I was able to sell my vision to a great recruit in senior Kseniya Zonova,” Gunn said. “Her freshman season was the first time the team could compete in the OVC Tournament, and she was a main factor in that.”

Zonova has been a key part of the team the past four years. Zonova came in as a freshman in 2015 and has seen the program improve from 1-14 her freshman year to 14-4 as a senior.

“The mindset of our team has really improved,” Zonova said.

Gunn said she has helped the players feel positive and confident by bringing energy to each match and practice. The team also sets personal and record goals before each season begins, and they knew this season they had the potential to do well.

Junior Romana Tarajova said the teammates' relationships with each other are good.

“The team truly cares for one another and are great friends with each other,” Tarajova said. “It is easier to celebrate victories with teammates who care about winning and about each other.”

The top-seeded Redhawks just competed in the OVC championship tournament this past weekend in Evansville, Ind. The Redhawks advanced to the Championship game after a 4-1 victory over Jacksonville State, but lost the finale against Austin Peay.