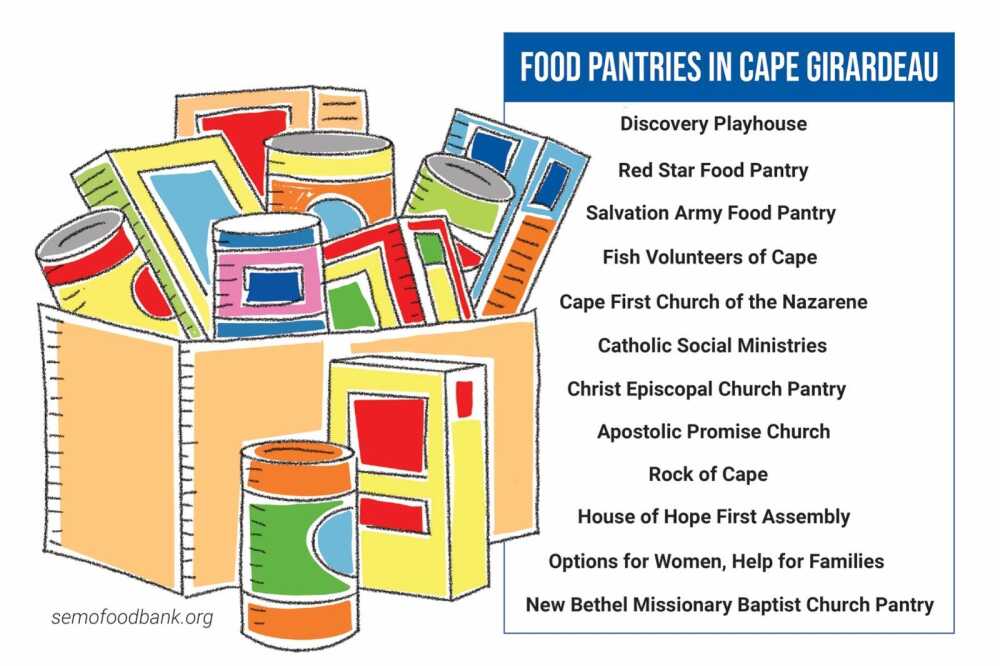 The Redhawk Food Pantry provides meals to any current Southeast student or employee, no questions asked beyond a student identification number. Still, Dean of Students Sonia Rucker said stigma surrounding food insecurity is one of the biggest barriers to connecting individuals with resources.

“We all need help at times,” she said. “We hope that they will let us know sooner than later, and not sit and suffer without that support.”

Textbook rental manager Jane Kurre and associate Vice President for Student Life Bruce Skinner launched the pantry in Spring 2017 after conducting a survey in collaboration with the Student Government Association. Of 150 survey participants, Skinner said 40% of respondents indicated they would utilize resources in some capacity.

The Redhawk Food Pantry has recorded 1,148 visits since its founding.

When the COVID-19 pandemic hit Southeast Missouri in mid-March, Kurre said the pantry was forced to temporarily close. As the need was still present — and especially so during the economic downturn — Skinner said the pantry went mobile.

They hosted two drive-through pantries after the campus moved to remote learning. All 100 units of food were distributed both days, Skinner said. After that, the pantry remained closed from April 2020 to August 2020.

Lack of proper nutrition can be linked to difficulty concentrating, assistant professor of nutrition Amy Moore said. In addition, food insecurity may impact students’ behavior and grades, she said, while also having a long-lasting impact on students’ wellbeing.

While Kurre said the pantry does not collect demographic data on visitors, several factors point toward on-campus students utilizing the pantry. One facet of food insecurity may be insufficient meal plans, especially during university breaks.

Skinner said some students at student government mentioned they were on a meal plan but not employed, “so when a break rolls around, food becomes a real challenge for them.”

The most popular items are microwavable, Kurre said, as on-campus students may have less access to a kitchen or cooking supplies. Items such as boxed macaroni and cheese often wouldn’t be taken by students due to issues in preparing them, she said.

The pantry also experiences an increase in student visits prior to holiday breaks, which may reference students who utilize a meal plan, Skinner said. In 2019, there were an average of 43 visits per month; there were 59 visits in November and 49 in December of that year, indicating more-than-average usage prior to the winter break.

When facing food insecurity, Moore said individuals may develop disordered views of eating. Long-term food insecurity can cause individuals to overeat past the point of fullness when food is then available. Many individuals who are food insecure may also be overweight, she said, due to fast food potentially being less expensive than fresh produce. Individuals may also eat whenever food is available without regard to nutrition or hunger levels, which can have a negative impact on overall health.

“It’s just eating for the sake of food being there. For example, maybe you just eat when there’s free pizza,” she said. “So even though you’re not hungry, you eat it because you don’t know when your next meal will be there.”

When grocery shopping on a budget, she said to avoid centering meals around meat, as it may be more expensive.

At the pantry, Skinner said they often do not receive enough high-protein canned tuna or canned chicken. Other proteins — such as peanut butter — are in high demand and low supply, he said.

Rice, peas and beans are the most nutritious inexpensive staples, Moore said. Learning to prepare dried beans may be a challenge, she said, but they are significantly cheaper than canned versions.

Getting creative with 22-cent ramen noodles can also help to stretch a budget, she said. The included sauce packet is full of sodium, she said, so she suggests omitting it and adding frozen vegetables.

Many visitors love ramen noodles at the pantry, Kurre said, but the pantry does not receive enough donations of them. However, she said they do receive adequate donations of canned soup, vegetables and fruit.

During Greek Week, Skinner said the pantry saw upwards of 20,000 canned donations. They’re often in need of dorm-friendly items — such as Kraft Mac & Cheese microwavable cups — peanut butter, jelly and mashed potatoes. They can’t keep enough of the packaged mashed potatoes on the shelves, he said.

Utilizing these services can be a difficult decision for students, Rucker said, and this may result in them delaying reaching out for help. Students may assume they’re isolated when dealing with this issue.

“People assume that no one else is dealing with this, because everyone looks great on social media. You’ve got your selfie, you’re smiling, you’re happy,” Rucker said. “A lot of the time, these selfies hold a lot of difficult circumstances.”

Acknowledging food insecurity exists in the Southeast community is the first step to destigmatizing it, she said.