When filling out the Free Application for Federal Student Aid, most students don’t have to worry about having a permanent address, access to their parents’ tax information or any of the other requirements the application needs.

For some Southeast students coming from more complex homelives and economic situations, these seemingly simple requirements can become barriers standing between them and their education.

Until the age of 24, FAFSA considers all applicants dependent on their parents or legal guardian and takes the parents’ income into consideration before granting aid.

Director of Student Financial Services Matt Kearney said in “rare circumstances,” students can be eligible to receive a financial independent status via a few methods — including a dependency override, which Kearney said less than 1% of incoming students qualify for.

For some students, getting an independent status for their financial aid makes all the difference between pursuing an education and being forced to either forego college all together or take on large amounts of debt in the form of student loans.

For various reasons, in the eyes of SFS and the IRS, these Southeast students must try to separate themselves from their past situations and become financially independent. 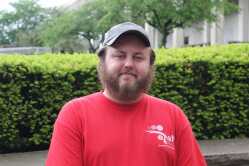 “There are several ways to be an independent student. One is if you are [24] years old, if you get married, and one of them is if you have not the greatest background,” said Andrew Miller, junior political science major. “So that’s the route I had to go.”

Andrew said he was coded as homeless in high school while he lived with his great-uncle. Having a homeless status while applying for financial aid would have granted him a dependency override, allowing him to apply as an independent student. Shortly before his freshman year at Southeast, he said he made a mistake by having his mother sign the FAFSA application, which put him in a “bureaucratic lockdown” for the rest of his freshman year.

Miller said if he had not had his FAFSA signed by his mother, his experience would have been completely different.

At the end of his freshman year, Andrew said he collected several testimonials regarding his familial situation, including spiritual advisors, family friends, guidance counselors, his homeless liaison and his great-uncle, in order to receive his dependency override. He said his person of contact at Student Financial Services told him these testimonies were not to prove his situation to the university but to justify their decision in case of an audit.

Andrew said he was frustrated during this time, not understanding the need for so much repetition and red tape. After working with his person of contact, he said it became easier.

“Once I was dealing one-on-one with somebody in the back, the entire process was much cleaner. I’m actually really thankful to Student Financial Services because of my person of contact, and I have dealt with that person ever since,” Andrew said. “Now, for my renewal every year, I have to write a letter to my person of contact just stating that my situation still persists.”

Andrew said without the dependency override, he would not have been able to continue at Southeast. 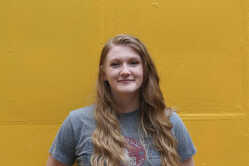 While having a lack of parental cooperation can have a huge effect on the financial aid process, so can a student’s living situation. This was the case for junior animal science major Anastacia Miller.

“My parents had been homeless. We never lived on the streets or anything — we would live just with random people ever since I was 14,” Anastacia said.

Anastacia said she stopped living with her parents at age 16. After this, her high school counselor coded her as homeless.

“They coded me as homeless so that I could apply as independent,” Anastacia said. “It actually really helped me a lot. I’m glad they did that, because I wouldn’t have known, otherwise.”

Anastacia said finishing school while homeless was a stressful situation. She said she tried to put all her attention into school and lived with friends or family until she came to Southeast.

“I didn’t know much about how to apply to college — neither of my parents went to college, none of my family did,” Anastacia said. “Luckily, SEMO’s application process wasn’t too complicated — most of it was just online forms and things like that.”

Anastacia said she had to verify her homeless status with the university, and this granted her the dependent override.

Once she was able to meet face-to-face with someone at SFS, Anastacia said they were able to show her clearly what she needed.

Anastacia said SFS does not require her to reverify her homeless status, but every year during her time at Southeast, she has been selected for verification, which includes her independent status.

Matt Kearney, director of student financial services, said the idea of FAFSA verification being a random check is a myth — there is a formula which determines who is selected for verification. Kearney said the selection process for verification is unknown outside of the United States Department of Education.

Kearney said because a student’s economic situation is unlikely to drastically change during their time in college, a student is selected once for verification, they are likely to be selected in following years.

Anastacia said her experience has led to negative feelings about the financial process and her education.

“When there’s so many hoops you have to jump through just to go to school, it’s pretty frustrating,” Anastacia said. “I think it made me a little bitter with the whole college system. I’m really happy that I was able to get in, and even though I had some complications, I had an easier time than a lot of other people.” 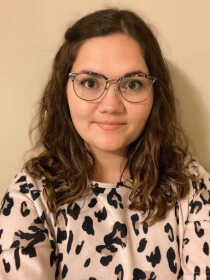 For students coming out of the foster care system, an academic override isn’t necessary.

The FAFSA has a section for former foster kids to fill out, granting them the status of an independent student. This was the case for Lacey Brown, an exceptional child education alum currently pursuing her master’s degree in administration at Southeast.

“My dad was kind of a drug addict, and my mom was an alcoholic, so I ended up in the foster care system,” Brown said.

Brown said once in the foster care system, she and her younger sister were placed with her grandmother.

Due to her background and very little financial contribution from her family, Brown said her college experience was “totally different” from her peers, as she worked full-time throughout college and could not afford to live on campus.

Brown said she lost her insurance coverage at 18 years old when coming out of the foster care system, adding to her financial needs.

“I don’t think I really got to have ‘the college experience’ that everyone talks about because I was working,” Brown said.

Every year during her undergraduate degree, Brown said she was selected for verification, having to provide her grandmother’s information and prove she was Brown’s legal guardian.

“I felt like it was super redundant,” Brown said. “I sent in the same court paper every year. … I had classes dropped one semester because they didn’t have the same paper I turned in every semester.”

Having a strong academic background, Brown received many scholarships, which she said caused increased stress to keep good grades and a high GPA.

Brown said she had to receive at least all A’s and a B to keep her scholarship, and that she would not have been able to afford college without those scholarships.

Brown said she is proud to have made it through her degree without taking out student loans, though she hopes to give her younger sister a more traditional college experience without having to work full-time.