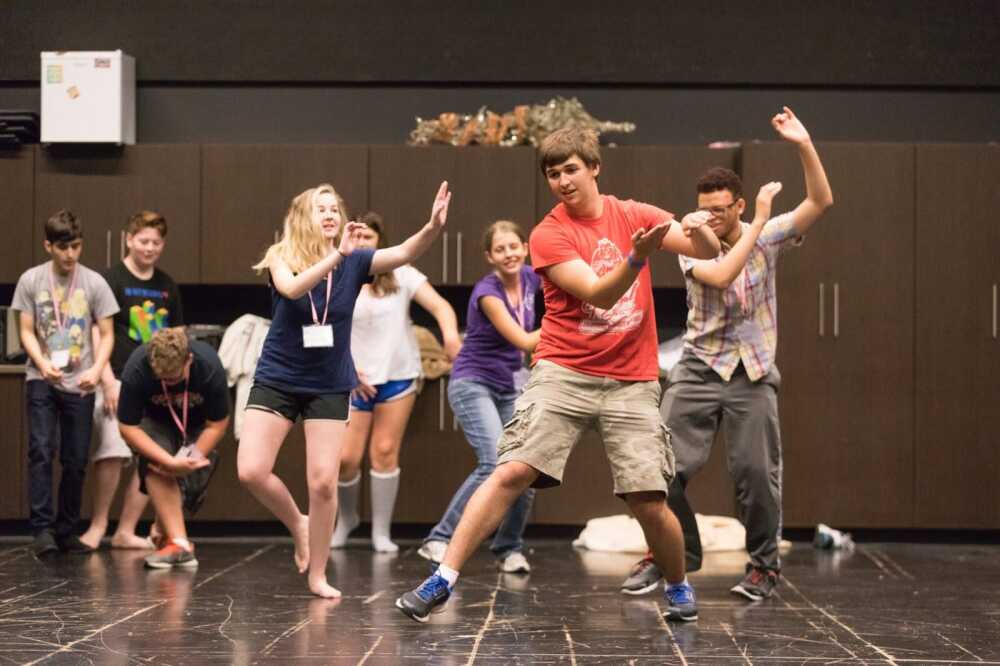 Southeast students participate in the movement portion of the summer camp at the River Campus.
Photo Submitted by Jacob Wiegand

Southeast is hosting an Acting Intensive Summer Camp at the River Campus location during the week of June 14-19. The camp includes several conservatory-level classes with focuses on skills in acting, auditioning, improvisation and movement.

At the end of the camp, students participating in the camp will perform an original piece they develop throughout the week, which takes place at the River Campus Summer Arts Festival.

The summer camp began after Rhonda Wellers-Stilson founded the River Arts Festival to bring attention to the new campus addition and to show the community the benefits the campus would bring to Cape Girardeau.

Southeast Associate Professor of Acting Bart Williams inherited the camp in 2015, and he has continued to run the camp since.

“It’s grown every year except last year,” Williams said. “What we want to do this year is to give students a mini conservatory feel, so they will go through a lot of the types of classes they would go through in the conservatory classes. Then you get to work on a scene throughout that time, and then you get to perform that scene in the showcase on Saturday.”

During his time leading the camp, Williams has made his own changes to the program and appreciates the types of students who enroll in the camp.

“One of the great things is we don’t have a lot of entitled students,” Williams said. “So what I mean by that is students who choose to come here are actually thinking really smart about the fact that they don’t have a lot of money and that it's something that they really need to worry about. Our students are open, they want to learn, and they want to make it a profession.”

The program is suitable for students of all acting levels. Williams also wants students to gain a specific experience while attending the camp.

“I want them number one to have fun and enjoy it, and I want them to have a power for the art of creation,” Williams said. “We will have students come in and talk to them along with alumni who talk about how it will be a career opener for them.”

For more information on the River Arts Festival, go to their website, rivercampus.org.