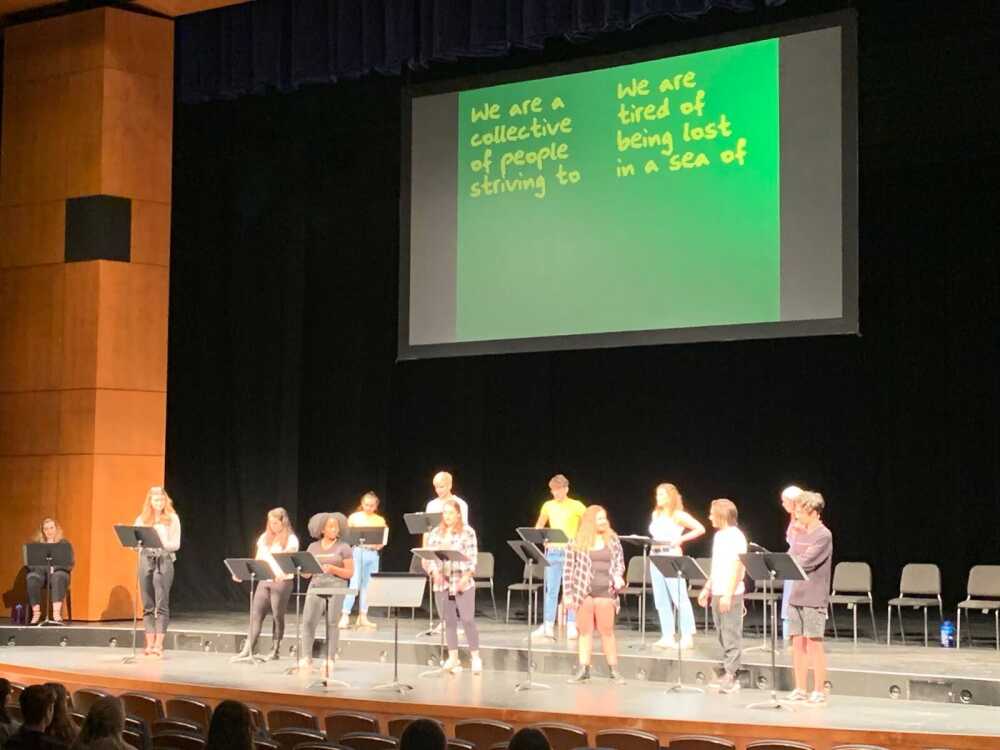 Students from Southeast’s acting conservatory performed stage readings at the River Campus during the week of June 14-19.
Photo by Beau Nations

The Langford Wilson New American Play Festival took place at Southeast’s River Campus location as part of the 2021 Summer Arts Festival. This was the first year playwriting was featured in the annual festival.

More than 750 play submissions were sent in from playwrights around the country, and a panel of 35 judges narrowed the selection down to the five that were performed in live readings. The five plays included “Randi & Roxanne” by Rachel Graf Evans, “Jungle Juice” by Kevin Renn, “All Eight” by Lilly Camp, “Civics and Humanities for Non-Majors” by Jeff Talbot and “The Romantic Movement” by Emily Bohannon.

At the end of the week, “The Romantic Movement” was selected as the winning play out of the five performed. The play features college-aged resident assistants in the summer of 1967 performing their duties in a time of love and war. As the winner, the play will be put into full production during the 2021-2022 Dobbins Conservatory season as well as be considered for publication by Concord Theatricals.

“I am really delighted with how this year went,” Lavoie said. “It was really everything that we hoped it would be. This was really just a proof of concept, and my hope is in future years it will become a bigger event and really become a sort of conference where both early career, mid-career and late career and people who are interested in new work will come here for this.”

Lavoie believes the staged reading portion of playwriting is very important and helps the writer know what works and what does not. The writer can then make the appropriate changes.

When each production came to a close, the writer came on stage, spoke with the audience about the play and answered questions from attendees of the production. Lavoie believes having an open dialogue is an important part of the audience’s experience after watching a play.

For more information on upcoming events at the River Campus, visit rivercampus.org