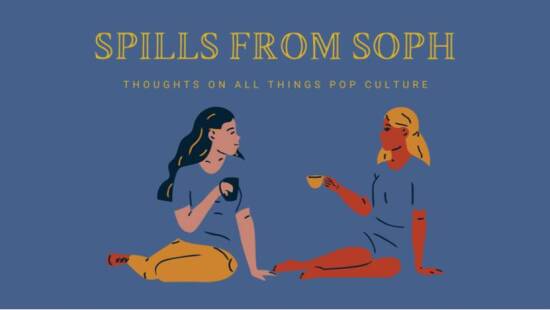 The long-awaited album from Kanye West has finally hit streaming services. That’s right — DONDA has arrived. The project is ‘Ye’s 10th studio album, and fans have been waiting for more than a year since the album was announced.

Kanye held a listening party in Atlanta at the Mercedes Benz Stadium to premiere DONDA, which was supposed to be released July 26. West called fans back to the stadium Aug. 5 for another listening session and a livestream, as the album was allegedly not finished and still evolving. The album was rumored to be released Aug. 6.

After many Twitter rants and controversies, listening parties and live streams, the album finally dropped Aug. 29. The project includes features from Lil Baby, Playboi Carti, Baby Keem, Don Toliver, Pusha T, Jay-Z, Travis Scott, Roddy Ricch, Lil Durk and more. The tracklist is an impressive 27 tracks long and spans 1 hour and 48 minutes. The album is named after Kanye’s mother, who passed away in 2007, according to Harper’s Bazaar.

Kanye has not posted anything on his Twitter account about DONDA. His most recent Tweet is from Nov. 4, 2020, which reads “KANYE 2024” with a photo of his side profile over a blue and red map of the United States. ‘Ye has long had a reputation for being controversial. See a list of West-related scandals here.

West did, however, take to Instagram on Aug. 29 to post a photo that reads, “Universal put my album out without my approval, and they blocked Jail 2 from being on the album.” The only other post is from Aug. 27, a dark picture of a shrouded figure with no caption.

There is a song titled “Jail pt 2,” on the tracklist. The album does not have any cover art and instead consists of a black square. While the project wasn’t marketed as a gospel album like his last one was, religious themes are present throughout.

I think the first track “Donda Chant” is really catchy and definitely stands out when you first listen to the project. I also enjoyed the repetition in “God Breathed,” and the full-circle, completed feeling ending the album the second parts to the songs “Jail,” “Ok Ok,” “Junya,” and “Jesus Lord,” give off. While I can appreciate the artistry, I’m not sure I’ll revisit the album frequently because it simply isn’t my jam. I’m interested to hear which tracks become popular in more mainstream settings.

My personal favorite track is “Off The Grid,” - I love the repetition and rhythm. Tell me what you think of the album, and check out a thread of Donda-related tweets @SophDavWrites.