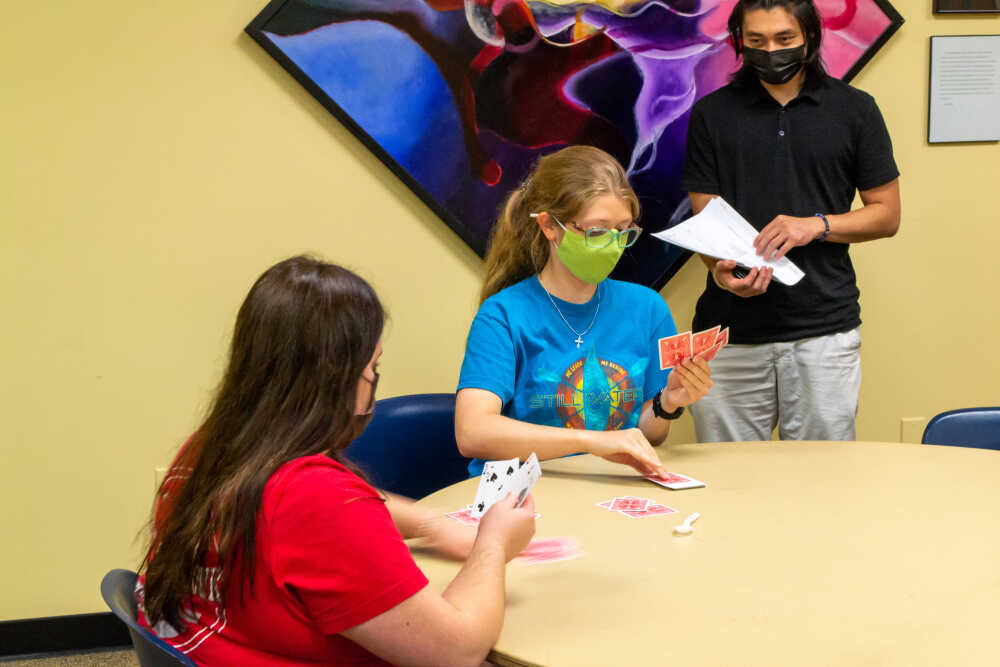 At the first meeting of the Hand We've Been Dealt club, members and visitors alike learned to play the game Spoons.
Photo by Connor McElwee

The sound of laughter and card deck shuffling filled the room at the first meeting of the Hand We’ve Been Dealt Club, which kicked off Sept. 15 in the Tribute Room of the University Center.

The game of the night, Spoons, is a fast-paced game in which players compete to collect four cards of one kind and acquire a spoon (yes, a literal spoon) before the other players. A club like this doesn’t just come from nowhere.

This is where president and senior Clare Jones stepped in. As the creator and mind behind the project, what would eventually become the Hand We’ve Been Dealt Club, Jones said the goal was to create an environment that was fun and stress-free.

The decision came about during the early stages of COVID-19. Jones and others spent much of their time in quarantine playing card games, and it was during this time that Jones had the idea to create the club.

“We just want to get people together who like to play card games or games they’ve never heard of,” Jones said. “I had just gotten out of two weeks by myself and wanted to be around others. While we were sitting playing cards, one of them said that this should be a club.”

A dream like this, however, requires work, and so the club began its efforts to bring itself to life. The first hurdle? Getting an advisor.

Assistant professor of mathematics Michael Presho “was the obvious choice,” Jones said. Referred to as “The Card Czar,” Presho hopped right in.

“I just love playing cards. I enjoyed them as a kid, as an undergrad, as a grad and as a professor. The fact that it was card-based, I was immediately in,” Presho said.

With a sponsor in hand and the name selected, all that was left was getting their name out there. This duty fell to social media coordinator and sophomore Olivia Heidbrink. Although this has been the first time she has been a club officer, Heidbrink said she has enjoyed every step.

“There was a bit of a learning curve at first, but it was fun to put together a page with our logo. It helped me learn more about technology tools that I wouldn’t normally use. It was a role that I grew into,” Heidbrink said. 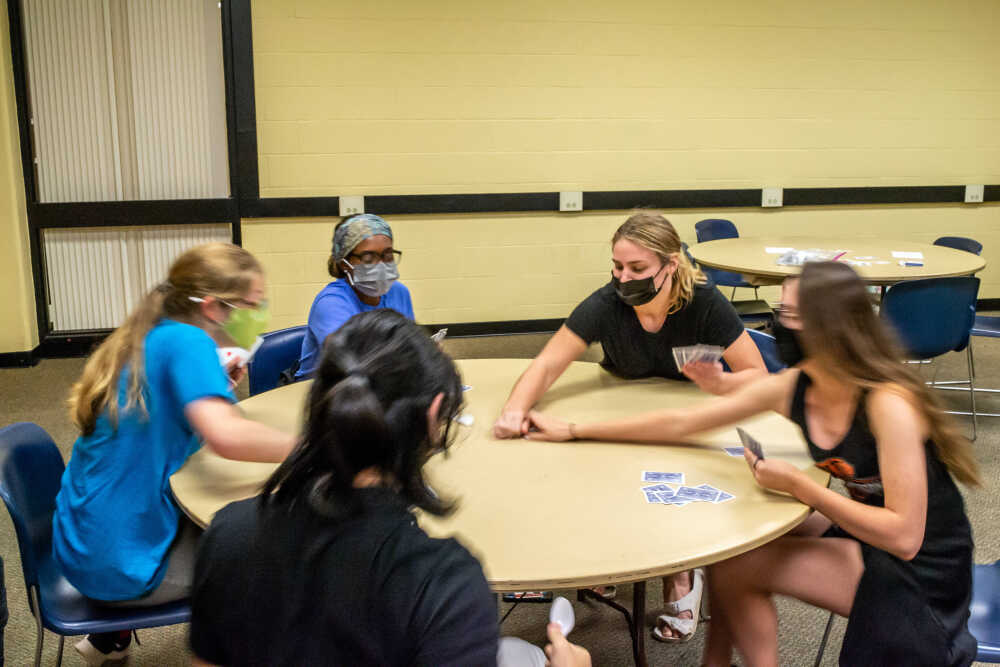 While playing the game Spoons, players can reach for the spoon in the center of the table after four similar cards are collected.
Photo by Connor McElwee

Many of the people who showed up at the semester's first meeting were those who met the club administration at the Involvement Fair, hosted on campus by SEMO.

“We’re hoping word-of-mouth spreads, unlike coronavirus [which we hope not to spread],” Heidbrink said.

The Hand We’ve Been Dealt Club is looking to the future for more sessions. In October, they plan to host Blackjack, while in November, they will play the card game Trash. For more information, visit their Facebook page.