Historic Broadway Theatre to be torn down if not repaired 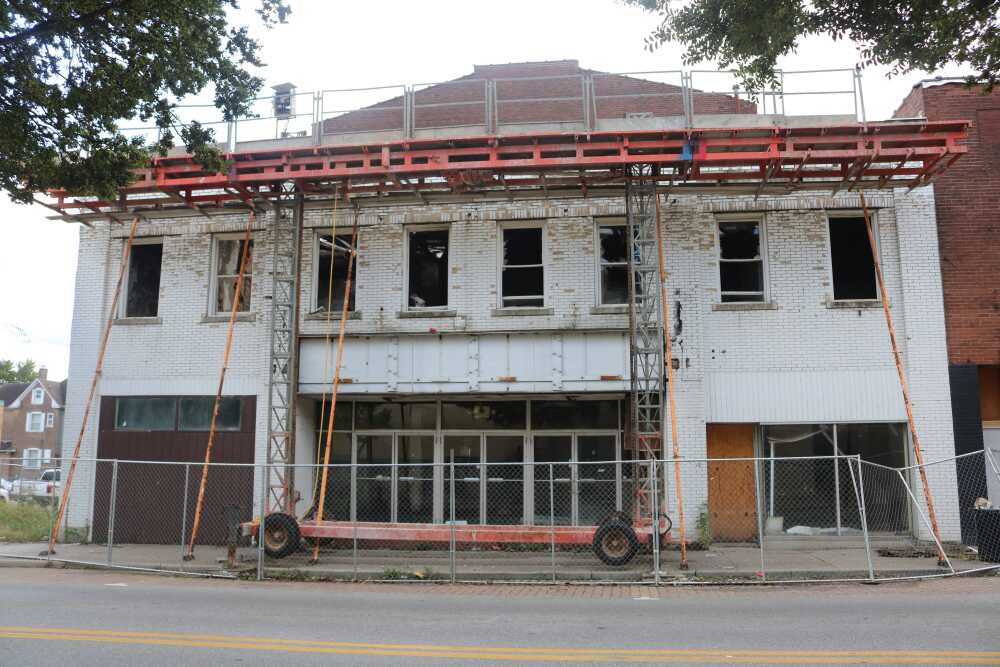 After a fire scorched the building in March, the Broadway Theatre in downtown Cape Girardeau has been given 90 days to get up to code or be demolished by the City, according to the Sept. 13 condemnation hearing. Hosting everything from vaudeville performances to beauty pageants and cooking shows, the 1921 historic theater was once known as the finest theater between Memphis and Cape Girardeau. During the ‘90s, the theater was occupied by a “one-dollar” movie theater but became vacant once its tenant moved to the mall, remaining vacant to this day.

Historic preservation student Josh Stinson said a typical tour begins with a safety brief before the students put on their hard hats and form a line behind their professor to enter the building. On their most recent tour, the students got a glimpse at the Broadway Theatre post-fire.

“The front entrance has fallen into a state of disrepair,” Stinson said. “However, the main body of the theatre and the balcony is in great structural condition and could be rehabilitated into a wonderful venue.”

“It’s not that much worse than it was before the fire,” Hoffman said. “The front section is fire damaged, but prior to the fire, the roof was in such bad condition. It would have needed to be replaced, anyway.”

According to Hoffman, the fire damage is concentrated in the theater’s front lobby and the offices above it. The center auditorium is in “pretty good” shape and still includes original light fixtures, historic fabric and decorative plaster. Hoffman said what needs to be fixed most urgently is the front facade and roof.

“Honestly, the week before the fire, I took my class there and said, ‘Look at that front wall. It is going to fall into the street, but hopefully not today!’” Hoffman said.

The front wall did not fall into the street and is now secured with scaffolding as a temporary fix before enough funds are raised by the not-for-profit Cape Broadway Theatre to properly repair the damage. The previous owner of the Broadway Theatre donated the building to the not-for-profit shortly after the fire in March. Hoffman has not heard if the organization has received a final quote for fixing the front facade and roof, but the rough estimate is between $150,000 and $200,000.

“[Making those repairs] would be a huge benchmark,” Hoffman said. “Because once you fix the envelope of the building, it’s not going to deteriorate anymore, and then you can begin to embark on the bigger fundraising tasks.”

As for the 90-day deadline, Hoffman believes the City will continue to extend it as long as progress is being made to repair the theater. With ongoing fundraising efforts, Hoffman said the not-for-profit should have no problem getting an extension.

If the Broadway Theatre is restored, Hoffman said it is likely to become a flexible auditorium space where weddings, meetings and traditional performances could be held. This renovation would involve taking out the 1970s seats to open up the center of the auditorium for flexible seating.

“Going on these tours helps students appreciate the historic buildings and appreciate the effort that people go through to preserve them,” Hoffman said. “But it also helps [the students] understand that with a little vision and a little cash, you can make it work.”

You can donate to help restore the historic Broadway Theatre and learn more about the not-for-profit’s efforts to bring the building back to life on their Facebook page.