Redhawks use defensive second quarter to open season with win 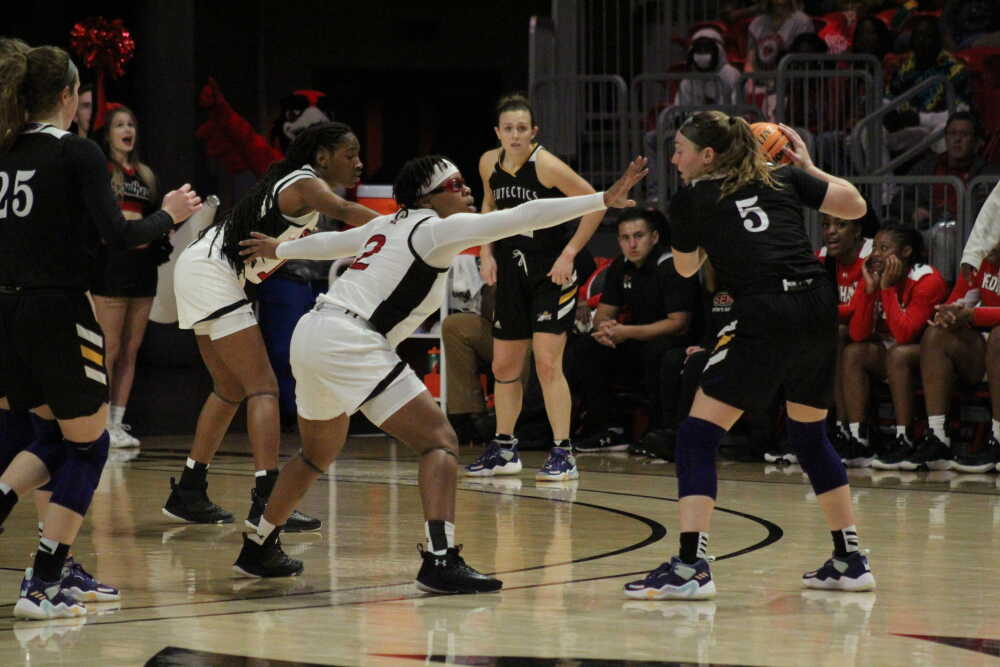 The Redhawks women's basketball team opened their season with a win using a big second quarter defensively on the way to a 68-45 win over University of Health Sciences & Pharmacy on Nov. 9 at the Show Me Center in Cape Girardeau.

Redhawks freshman forward Kennedi Watkins led the way for the defense with 7 rebounds and 2 steals.

Redhawks senior guard Deanay Watson said she was pleased with the team’s ability to quickly switch from offense to defense.

“I think we did really well in transition,” Watson said. “We weren’t rushing everything and I would say we just played together.”

The Redhawks offense got off to a quick start posting 25 points in the first quarter, giving them a 25-18 lead.

Southeast shut down the UHSP offense in the second quarter allowing just five points giving the Redhawks a 40-23 lead at the half.

Coach Rekha Patterson said she was aware of the defense struggle in the first quarter that led to the second quarter turnaround.

“So that first quarter, I wouldn’t say it was not great, but in the second quarter we did lock down,” Patterson said. “There was a point in that third quarter where we weren’t getting any defensive rebounds. We weren’t coming up with defensive rebounds and putting them at the free throw line and that sort of slowed the pace down. But overall, you know they shot 33 percent from the floor and 21 percent from the three and had 20 turnovers. I would say that was good for me.”

“I’m hearing everyone cheer for us and stuff like that. Some of the girls get really motivated.”

Coach Patterson also said she noticed the role the fans played and was happy fans are returning to the stands.

Patterson said this is a good opportunity for the newer members of the team.

“It is all about growth, growth for us as individuals and as a team,” Patterson said. “We’re going to have some team goals and that is going to be our focus. Learning how to travel, sleep, eat, stretch, and study, all those little things that we’re going to need to do later on in this season.”

The Redhawks will travel to Nacogdoches, Texas to face off against Stephen F. Austin on Nov. 15.