Southeast could go contactless: An increase in technological advances may erase the need for physical identification 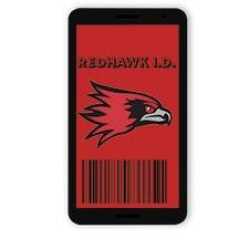 Contactless identification (ID) can look different based on the vendors that provide the service. Hammack said instead of a physical item such as a card, a contactless ID at Southeast could look like a smartphone app.

Hammack said the change to contactless ID would require technical updates at the university. Southeast would have to update software and hardware campus-wide, as well as train university employees to implement the new system. An example of new equipment could be new machinery at the Student Recreation Center to read the new IDs.

Associate Vice President of Student and Campus Life Bruce Skinner provided student government with information about the potential cost of contactless IDs to the university.

Based on information received from Skinner, Hammack said there would be two types of costs associated with the update – a one-time setup cost and an annual cost.

“The one-time — or setup costs — were projected with this one vendor at about $80,000 to have software set up, university training and just various pieces of hardware that we would need at the university to go contactless,” Hammack said.

The second type of cost — the annual cost — includes a licensing fee of $1.99 for each person that has an active ID each year. There would be no annual cost attached to the first year of contactless ID use, as it is built into the setup cost. These quotes come from one potential vendor, Hammack said.

The switch from physical to contactless identification could take a while to implement, and projected costs could reflect upon that.

“They project it to be $54,000-ish annually starting the second year, and then this cost would go up a little as the school reached full use of the contactless IDs,” Hammack said. “However, the projection they got from the company they talked to is about $55,000 to $60,000 by the fourth year of the program.”

It currently costs $15 dollars to get a new student ID at Southeast. Sports management junior Riley Schuld said she has lost her physical Southeast student ID six times, which has cost her $90.

Losing or misplacing a student ID does not always happen at a convenient time. In moments when ID services are not open, students have to find alternative methods to pay for on-campus dining.

“I would make people swipe food for me and tell them I have to get them back as soon as I get a new ID,” Schuld said.

Second-year graduate student Elaine Myers also has a history of misplacing her Southeast student ID. Myers said the process of getting a new student ID was often inconvenient, and a contactless method could be easier for the Southeast community.