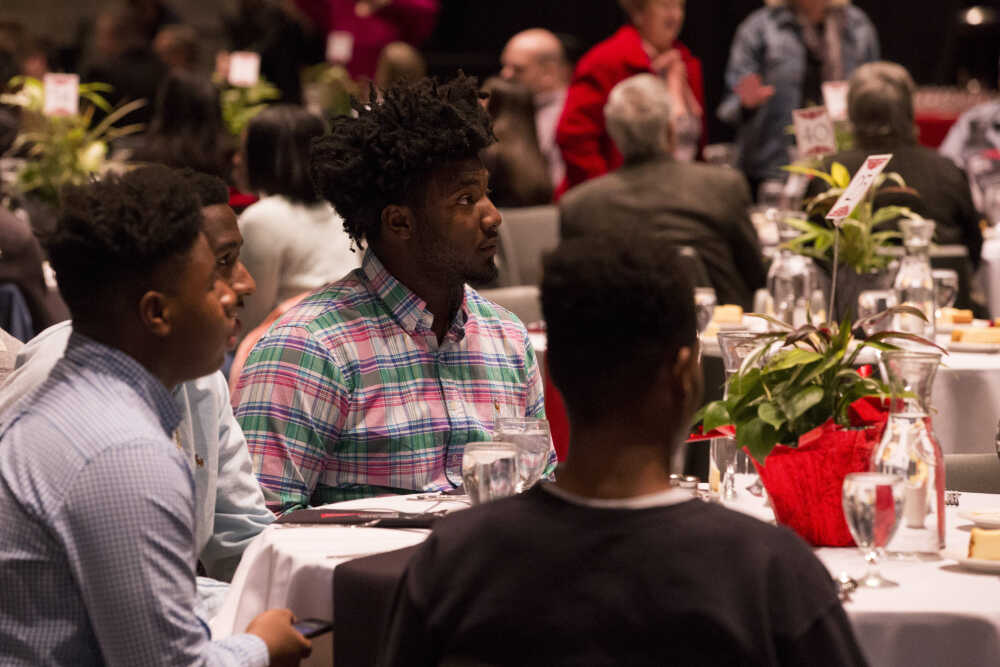 Southeast Missouri State University will host the annual Martin Luther King Jr. Celebration Dinner Jan. 26 to commemorate Dr. King's fight for equality — a fight that is personal to many students. Michelle Irby, director of Campus Life and Event Services, says the theme of “CommUNITY: Justice. Equity. Love.” reflects progress made toward King's goal of a fair and equal world.

The doors open at 5 p.m., and the program begins at 6 p.m. In addition to the meal, the night will include several musical performances and a guest speaker.

Irby says the event is intended to bring together both the university and Cape Girardeau communities. Additionally, people from as far as St. Louis and the Arkansas border attend, as well as alumni, business leaders and groups from local school districts. Irby says the speaker is often the biggest draw for the event.

“The first year we moved to [an evening event], the speaker was Martin Luther King’s son. So, you know, how else do you know history than to talk to people, or have people talk with you, who actually knew him or had experiences with him?” Irby said.

Jay Harris, a junior majoring in creative writing, describes his job as emcee for the Martin Luther King Jr. Celebration Dinner as being the livelihood of the event and the face of the student body.

“I think it’s a big moment where, instead of students coming out to just see people in the field or actual full-blown professionals, it gives students a chance to see themselves in us that night in celebrating Dr. King,” Harris said.

Camille Shoals, a senior majoring in political science and communication studies, is also an emcee for the event. She believes being in the McNair Scholars program, which helps historically-underrepresented students start master’s and doctorate coursework, has helped her live out King’s dream.

“Being part of this program means that I am able to not only have the community understand what Dr. King fought for, since his legacy is vastly misinterpreted depending on who you ask, but it also means that in my regular life — when I’m in debate, when I’m in McNair — I am becoming the equality that my mom wished she had when she was younger.”

For students interested in attending, the university provides 100 free tickets on a first-come, first-serve basis. The tickets are available at the Center for Student Employment in the University Center.