Disney on Ice skates into the Show Me Center 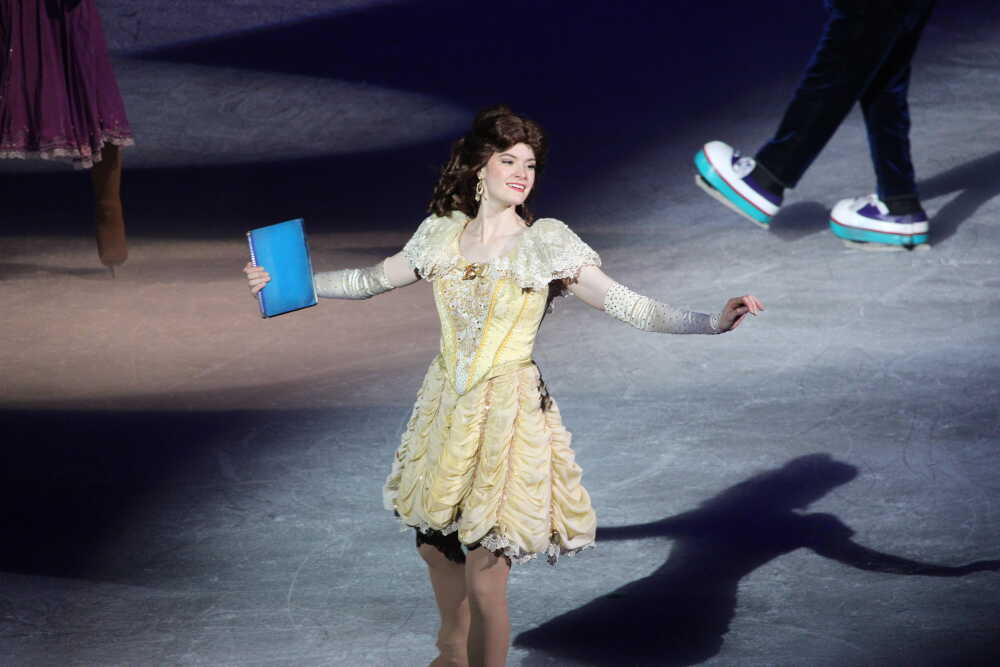 Princess Belle from Disney's "Beauty and the Beast" appeared with other princesses during Disney on Ice at the Show Me Center. It took 36 hours for workers to turn the Show Me Center into an ice rink.
Photo by Alyssa Lunsford

For the first time in 16 years, the Show Me Center hosted “Disney on Ice! Mickey and Friends” from Feb. 17 through 20.

Doors opened approximately one hour before start time, allowing fans to get settled in before the performance started.

The show is aimed at children, but a few SEMO students attended to watch the show. SEMO gymnast Janelle Lopez attended the show for the first time on Feb. 17.

“It was an amazing experience!” Janelle Lopez said. “Just being able to see all of my childhood fantasies come to life made me feel like a kid again.”

The performance is divided into two parts, with a short 15 minute intermission in between. It started with appearances from Mickey and Minnie Mouse, alongside Goofy and Donald Duck, who shared their favorite memories including flashbacks to some classic Mickey Mouse moments.

“Disney on Ice” featured effects, music, skating and ice acrobatics. The performance also featured some well-known faces from Disney’s brand, including Moana, Cinderella, Rapunzel and others. The characters performed scenes and plot sequences from Disney films on the ice.

Before the show on Feb. 17, the Show Me Center was transformed slowly into an ice rink on Wednesday, Feb. 16. The bleachers were also sectioned off during preparations for the show.

Senior Vice President of Disney on Ice productions Jonathan ‘J’ Vaught is in charge of coordinating each touring location’s performance.

“When Disney On Ice performs in an arena that doesn’t have ice, we make our own, of course,” Vaught said. “From scratch it takes a team of ice technicians 36 hours to create an ice floor. It takes about 10,500 gallons of water to make, and when frozen it weighs 58 tons.”

Vaught said the ice weighs so much because it must be at least two inches thick or the skaters may crack it.

Show Me Center staff member Keilyn Tyus thought the timing for the Disney on the Ice event worked well with the basketball teams’ schedules who use the arena.

“Considering the men’s and women’s basketball teams are both on the road this weekend at Tennessee Tech and Morehead State, this was the perfect time to hold this event,” Tyus said.

To learn more about Disney on Ice and to purchase tickets to the next show, visit www.disneyonice.com