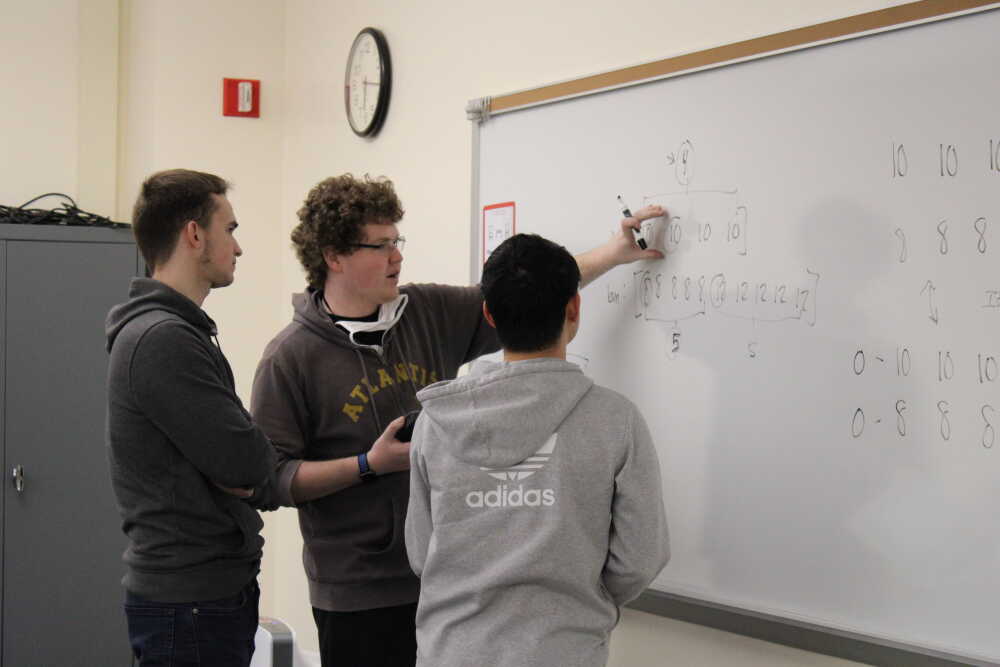 The International Collegiate Programming Contest (ICPC) Club is one of just two active programming-related clubs on campus. ICPC gives computer science, cybersecurity and any other interested majors the opportunity to hone their programming skills and put them to the test in annual competitions.

Computer science junior and president of ICPC Alex Seredovych said the problems members encounter in competition mirror those given in job interviews.

“You get more confident. When [Programming Club member Xiao Pu] got a TikTok interview, some of the problems he was solving [in ICPC] actually appeared there,” Seredovych said. “So, he not only was better at programs, he actually had experience with exactly the same problems that he had in ICPC. It allowed him to have a better chance of passing the interview.”

The club has meetings every Monday and Thursday from 5 to 7 p.m. with varying levels of difficulty in the material they practice.

Computer science junior and Southeast ICPC vice president Blake Bleem said the club provides instruction in coding and programming at different levels to include anyone who is interested in programming, with or without previous skills.

“We’re going over topics like different types of sorting algorithms, searching algorithms and how to code stuff efficiently,” Bleem said. “So, even if you don’t want to get into code, it’s a good way to test problem-solving or change the way you think about problems.”

Southeast’s ICPC Club is currently preparing for a competition on March 5. Seredovych said he feels confident in the club’s ability to succeed this year.

“I think we are well-prepared. Last time, we outdid all other [Southeast] teams — we did better than any other team before,” Seredovych said. “Since we are more prepared this time, we hope to do better so we might get a chance to go to nationals.”

Computer science junior Xiao Pu said one of his favorite things about the club is the opportunity to socialize with others.

“I came here with a love for learning coding. I can practice coding at home, but I also want to practice social connection,” Pu said.

Seredovych said the social interaction among club members is something he is proud of and strives to continue.

“Programming and problem-solving are probably two main things of ICPC, but also cooperation and communication,” Seredovych said. “It’s important to be able to communicate, because we don’t have any classes where you have to do public speaking, but in real life, most of the time, you’ll have to work in a team. Since it’s a team competition, you work collaboratively with people.”

Cybersecurity sophomore and new ICPC Club member Ben Lincoln said despite his short amount of time in the club, the feeling of community within it is something he was looking for.

“I didn’t really know that many people here before joining a club, and I just wanted to reach out, get to know people and do something we have in common,” Lincoln said. “People in this profession aren’t usually that communicative with everyone else, so it’s nice to be able to solve problems together and just have a good time.”

To learn more about the International Collegiate Programming Contest Club, visit the organization’s page on the Southeast website, or stop by Dempster Hall 026 on Mondays and Thursdays from 5 to 7 p.m.