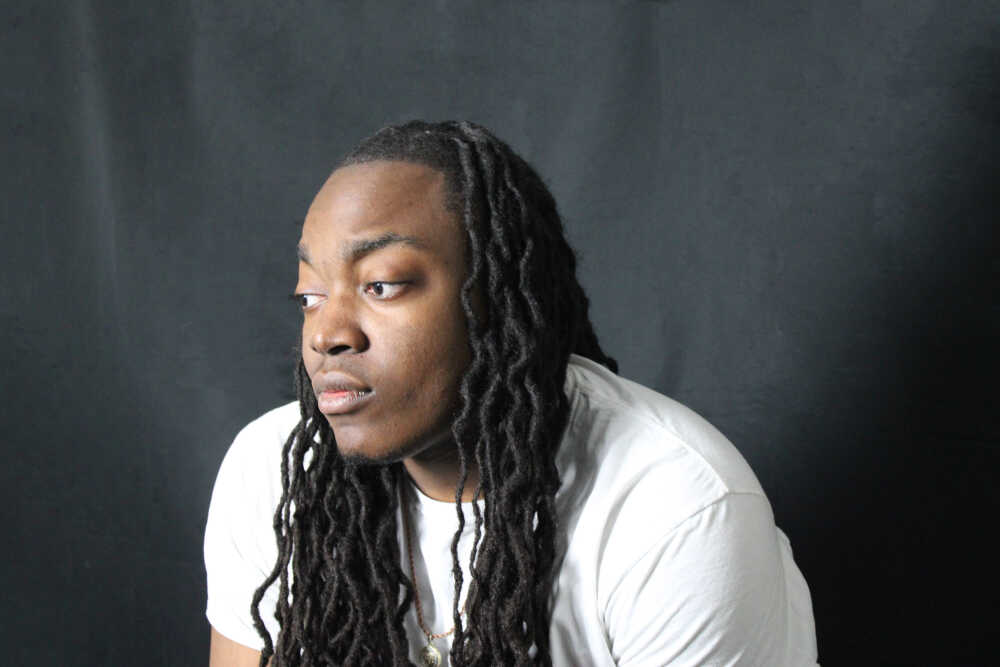 When director Vick Mont arrived on the set of a local rapper’s upcoming music video, he wasn’t quite expecting to step onto a sheep farm.

The artist, Atum Miles, said the director Mont was “shocked” about the vision for the video of his fourth song, “Black Sheep.”

In the video, Ace of Diamonds — or, Southeast senior Miles — tells of his heartbreaks, stress and struggles. He laments about being “the black sheep” while physically surrounded by, well, sheep. As Miles raps line after heartfelt line, he steps through a low-lit barn on a farm owned by one of his professors.

Ed Crowley lent the Southeast Missouri location, as well as a crowd of barnyard animals, for a night of filming. At one point in the “Black Sheep” video, a goat hops onto Miles. Miles said the moment was completely unscripted.

“In the video, you’ll see a goat standing beside me. That was purely coincidence,” Miles said. “The goat wanted to be on-camera the entire time. They were having fun — as much fun as I was.”

As a poet and musician, Miles said he sways toward the unexpected and meaningful. Being a bit different than others — or, being the “Black Sheep” — can be a difficult venture, he said. In writing the song, Miles drew on his own struggles with mental health in the past year.

“Walking alone, asking, ‘Lord, why did you make me this way?”

“Too different, because I’ve always been the black sheep.”

“When it comes to mental health problems, whether it’s anxiety or ADHD or depression, most people shun them and put them away,” Miles said. “Sometimes, being treated different isn’t always a good thing.”

In his music, Miles is no stranger to vulnerability. Much of his work focuses on his own experiences and feelings, he said.

In his song “C3z,” he raps, “Lord knows all I pray for was some better days.”

Miles said he finds a unique authenticity in sharing his emotions. The St. Louis native said it’s what sets him apart from other hip hop artists.

“Especially being a man, you’re taught that you should hold your feelings in, unless you’re mad or happy,” he said.

Some of his work reaches outside his own experiences. Miles said his first song, “Babygirl,” talks about a young woman’s experiences after a sexual assault. Each song features a “substantial” topic, Miles said, and he hopes it makes listeners feel a bit less alone.

By drawing on topics that are important to him, he said he creates music that is more relatable and honest. While being so open can be “scary,” he would rather face that discomfort and be relatable to someone who is struggling.

“You are different, but there’s nobody on Earth that’s so much different that nobody can relate to how you’re feeling,” Miles said. “You never know — somebody might really be feeling alone, like nobody understands them, but they maybe listen to ‘Black Sheep’ and might understand that other people feel the same way.”

From here, Miles said he doesn’t let himself dream small. With his business administration degree at Southeast, he hopes to enter the music industry and further his message of acceptance.

As for his costars in “Black Sheep,” Miles said they were a joy to work with.

“His sheep were incredibly nice. They loved being in the camera,” he said. The sheep were pretty happy with Miles, too.

Miles’ music is available across streaming platforms under his stage name, Ace of Diamonds. The “Black Sheep” video can be viewed on YouTube, along with his other music videos.