At age 5, De’Vonate Graham was diagnosed with cancer. At 13, he was placed in foster care. At 16, he ran away with the circus. At 19, he is a freshman dance major putting himself through college by working at a local gas station.

He will be participating in the “Bridges” event Feb. 28 with a structured improv piece to “Strange Fruit” by Nina Simone. Both the song and the dance highlight the historical and current impact of lynching in the Black community. Graham rehearsed his routine at SEMO’s River Campus for approximately six weeks.

“The second time I ran through it, I decided to switch it up from strict choreography to improv, and I actually cried after I was done with it,” Graham said. “When you actually listen to the lyrics, you’re just like, ‘Wow, this stuff actually happened.’”

“Diversity isn’t just the good things, it’s also the really hard parts, as well, and I wanted to bring that forward for everybody to see and hear,” Graham said. “When it comes to diversity, I don’t know if people are really that comfortable touching hard subjects. You really can’t escape the hard reality of things that are happening.”

Even though the River Campus is a predominantly white institution (PWI), Graham said he prefers it over attending a Historically Black College University (HBCU), even though he was advised to apply at colleges like Jackson State University and Tennessee University. He said HBCU environments made him feel he has “to prove how Black” he is.

“The River Campus is a really comfortable place for me,” Graham said. “I feel like I belong here, and it feels natural for me. The teachers here are amazing, and I love what I do here. I just feel comfortable being myself and being unapologetically Black.”

While he feels at home at the River Campus, he hasn’t always had one. When he was 11 years old, his fifth grade principal pulled him and his sister out of class. He informed them they would no longer be able to stay with their aunt and would be placed in foster care. Graham lived in four different homes over the course of six years before being adopted.

“It was a really stressful environment,” Graham said. “It was really hard to know what boundaries need to be set in place and what boundaries I need to tell other people without being disrespectful as a younger child.”

Graham said he learned many valuable life lessons while in foster care.

“No place or anyone is perfect,” he said. “You just have to deal with whatever it is that comes across your way. You may not have the perfect situation, but you just have to make the best of it until you’re able to make it what you want to get out of your own life.”

Graham spent his early childhood with his grandmother and in hospitals. He was diagnosed with leukemia at 5 years old and battled the disease for approximately five years.

“Just last year, I hit my 10-year remission mark with leukemia,” Graham said. “I am so blessed, and I get so excited when Dec. 11 comes up. It’s one of those days where I’m just like, ‘It’s my second birthday.’” 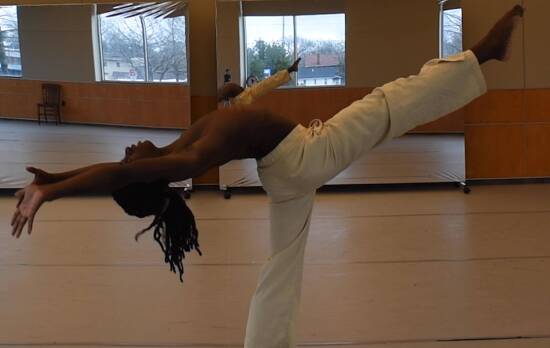 Dance is his passion at the moment, but he is also skilled in martial arts and wrestling. He joined a circus school for approximately three years through the City Museum in St. Louis called Circus Harmony, where he performed contortion, aerial acrobatics, juggling and handstands. He said he “wants people to realize there are different ways to do different things and to not just be stuck in one box.”

Graham’s life experiences have paved the way for what he wants to do next. It may be cosmetology school or opening up his own dance studio to teach choreography. In terms of his legacy, he said he wants to “just be weird, because who doesn’t like the things that are weird? They are interesting to look at.”