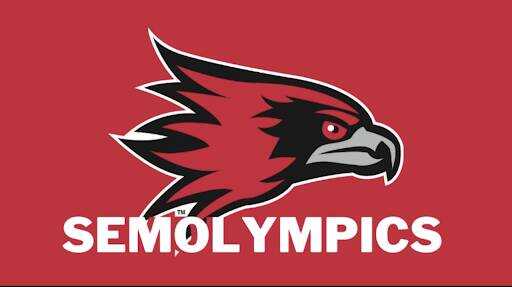 The SEMOLYMPICS is a week-long event that will take place in the Esports arena and will start on Tuesday, April 26 and will end on Saturday, April 30. All games will start at 7p.m.

Over the course of the week, all of SEMO’s Esports teams will compete in a 5v5 tournament in a series of different games.

The teams will compete against each other in five different games. The games included in the events are: Rocket League, Super Smash Bros, Valorant, League of Legends and Mario Kart. These games will be played in the order they are listed above with Rocket League on Tuesday and Mario Kart on Saturday.

Although the majority of the participants are Esports players, the tournament was open to anyone interested to join including students who are given the title “free-agents”.

The creation of the tournament could be credited towards sophomore computer science major Jalik Smith.

Smith is the VP of recruitment for Esports and explained that the event would allow for people to socialize, have fun and play a variety of different games. He also expressed interest in making the SEMOLYMPICS a yearly event.

“I wanted to host something massive. This has never been done before and it’ll be a staple in SEMO Esports for years.” Smith said.

SEMO Esport athletes, alongside free-agents depending on the team rosters, will compete against each other in order to gain points. These points will be given out to teams based on their performance in each of the five respective games. The team with the most points at the end of the event are declared the winners.

“I am looking forward to playing against the Smash team and I think it’ll be a great competition,” Bunger said.

Junior history major Zach Gosnell will also be participating in the event on the behalf of the Valorant team who emerged as champions in the Grand Finals last week.

“The event is going to be a great time, you can meet with so many like minded people and it's all for fun,” Gosnell said.

The first day of SEMOLYMPICS will start on Tuesday April 26 at 7p.m with Rocket League.