Underage users on Grindr: The importance of community for LGBTQ+ youth 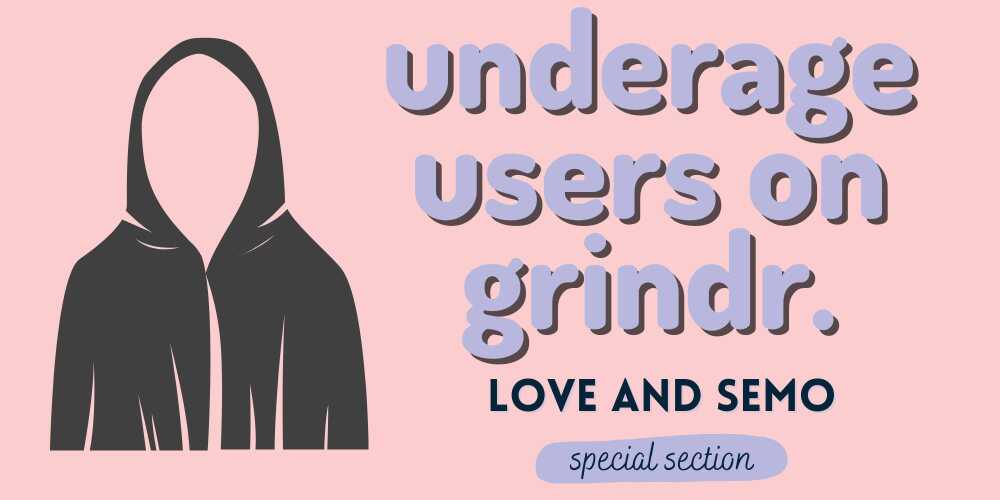 Due to stigmas associated with Grindr and fear of retaliation from future employers, the Grindr users who spoke to the Arrow for this story wish to remain anonymous.

Scroll through the Grindr app in Cape Girardeau, and almost half of the profiles will show dark, faceless screens. Switch the location to Washington D.C., St. Louis or Chicago, and suddenly, faces begin to fill the boxes. It’s a phenomenon two SEMO Grindr users pointed out, and cited as proof of the area being generally less accepting of LGBTQ individuals compared to larger cities.

Grindr is a location-based networking and dating app for people who are gay, bi, trans and queer. It is most commonly used by men seeking to meet other men, but it is not used exclusively by men. Grindr works differently than other dating apps, instead of swiping on matches one at a time, users scroll through a screen displaying multiple profiles. Users do not have to wait on matches, they can instantly message someone by tapping on their profile.

This ability to remain anonymous can allow underage users to download and use Grindr. On Grindr and other popular dating apps, there is also not a strict way to verify users’ ages, so it is easy for underage users to lie and claim to be 18 years old or older, the minimum age to be on Grindr.

For those using dating apps to meet people, the responsibility to verify a potential date’s age falls to the user. Some users have reported using age filters on the apps or checking their date’s driver’s licenses before meeting to confirm age. In most states, it does not matter if a minor lied about their age, engaging in sexual activity with someone under the age of consent can led to prison time, fines and a sex offender status.

One SEMO student said he downloaded the app for the first time after he turned 16 years old. He said he lied about his age on the app, and typed in he was 18 years old, so he could sign up for Grindr. He said he met up with people from the app while he was underage.

Overall, he described his experience with the app as “predatory” and “competitive.” He said “every single one” of his gay friends also downloaded the app when they were underage.

“Just from [ages] 16 to 20, I am just mind-blown at how much the brain matures, and now I look back at myself like, ‘Why did you do that?’” the SEMO student said.

The source said he met up with someone he connected with through Grindr when he was 17 years old, and when he got into the car with the person, he realized they were “a completely different person.” He said he opened the car door and ran, but after he arrived home, he thought about the terrifying night.

“I really reflected to myself, and I was like, ‘How many kids my age are getting in cars, but how many of them didn't get out, you know, and are quiet about it?’ Yeah, it really makes me frustrated; I feel like the LGBTQ community goes through enough already,” the SEMO student said.

The SEMO student said he wishes he had never downloaded the app, and if he could go back in time to change it, he would.

Another Grindr user and SEMO alum said he also downloaded the app when he was in high school. He said he downloaded it because he felt isolated being one of the only gay individuals at his high school. The source said he never met up with anyone from the app or sent pictures while he was underage; he only messaged people.

The source said he can’t count the number of his gay friends who have had “horrible experiences” in high school hooking up with older men.

“It gives the younger generation of queer kids the wrong idea for the community. I think it also just exposes them to something that they really shouldn’t be exposed to yet,” the SEMO alum said. “That’s why LGBTQ resource centers are very important, so they have these community groups to work with and find other people who are like them, so they can connect to people at the friend level before they go immediately into hooking up.”

SEMO’s LGBTQ+ Resource Center graduate assistant Tristen Simmonds said having access to LGBTQ resource centers, Gay Straight Alliances (GSA) and community groups can help LGBTQ youth feel less alone, so they don’t end up having to find out information for themselves on the internet or apps.

“[With in-person community groups,] you have people who are like you, and it does take away that loneliness,” Simmonds said. “I think a lot of the LGBTQ experience is loneliness. You come up in a world that’s not really made for you, people don’t want you there to begin with, so you’re kind of forced to tackle that by yourself.”

Simmonds said they believe apps like Grindr, with app features leading to hook-up culture, such as the ability to instantly send pictures upon seeing a user’s profile and the ability to remain anonymous, can give people the wrong idea about the LGBTQ community. Simmonds said young users of the apps may feel like the only way they can be “queer” is by having sex. Users — and especially young users — might not see how the LGBTQ community is not just about sex, but also relationships, self-understanding, community and acceptance.

“It’s a lack of resources for that age group [that leads to so many underage users], and a lack of parental support, then we just resort to the internet and apps and older men that we think we can trust, and you can’t. It’s really sad,” the SEMO alum said.

There are some beneficial aspects to the app, which include being able to find friends that are part of the LGBTQ community. The SEMO alum said he still had an “overall positive” experience with Grindr, because he found a lot of his gay and queer friends on Grindr or Tinder.

Simmonds said finding community on apps or the internet is not necessarily a bad thing. They said the first time they got to see people like them was on the internet. It’s just all about finding the right and safe places to connect with like-minded, supportive individuals, they said.

“I think it’s affirming, ‘cause there are certain challenges that come with being LGBTQ, and if you’re going through that alone, it is significantly harder to manage and weather those storms than if you had someone,” Simmonds said.

LGBTQ youth and college students can find resources on the LGBTQ Resource Center’s website or SEMO Pride’s Facebook page. For high schoolers, visit the Gay Straight Alliance (GSA) website for information on how to start a chapter at your school if it doesn’t already have one.