Soulmates. Do they exist, and does it matter? 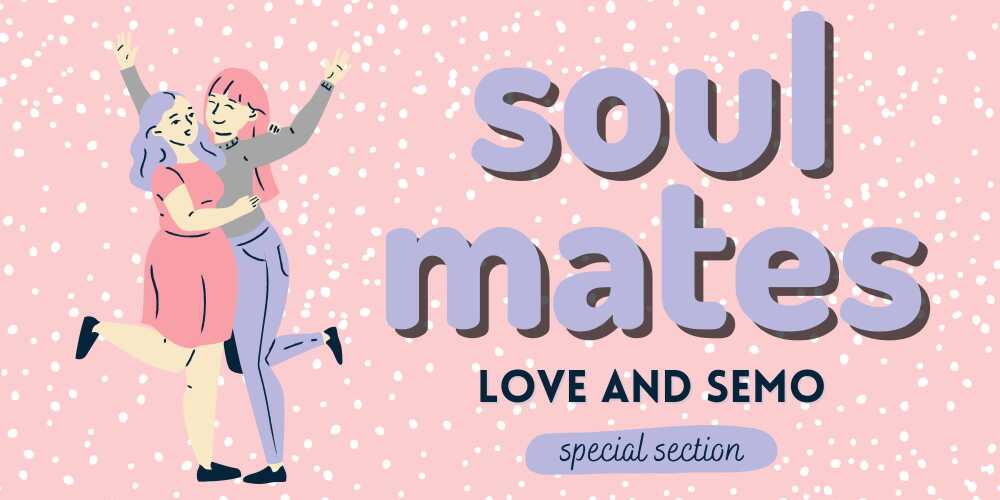 Have you ever been in a relationship that ended? Was there a moment, maybe a couple weeks after it happened, when you surveyed the wreckage and thought, ôWhat if I missed my soulmate?ö

But where does that idea come from? Why is our culture so fixated on the idea of soulmates, and why is that concept often so binary?

So I want to step back and examine the concept of soulmates. I think the concept is a little elusive-- Is there one person on Earth thatĺs your perfect match? Your best friend? Your lover that gets you like no one else?

Jeremy Heider, psychology professor at Southeast, is skeptical of the idea everyone has one soulmate.

ôI think perceptually, thatĺs what a lot of people believe, and itĺs what they want to happen. They even believe that it has happened,ö Heider said. ôLike, if you met your perfect long-term partner here at Southeast, for example. Realistically, what are the odds that you and the one person on planet Earth who was absolutely your perfect match both went to SEMO, in this exact time frame?ö

Heider says thereĺs more science to what some consider soulmates.

In fact, psychologist Robert Sternberg invented a special triangle to explain it. At each point of the triangle is a different component of romantic love: intimacy (emotional closeness), passion (physical and sexual attraction) and commitment to the other person and the relationship. When all three components are present, a couple has consummate love Ś the love some might consider ôsoulmateö love.

ôThe point of the triangular theory as a whole is that each point on that triangle is going to wax and wane,ö Heider said. ôThere are going to be times where two out of three, or even just one out of three, are present at any given time. And for a lot of people, thatĺs a signal that they are unhappy and the relationship is no longer suited for them, and they want to end that relationship and move onto another one.ö

This relationship dynamic seems a little counterintuitive, that love is as much about the boring, everyday mundanities as it is about romantic, kissing-in-the-rain moments. How does this play out in reality?

ôOftentimes, a person seems absolutely perfect for a few months, or a few years, even. And then, reality sets in where even someone whoĺs ridiculously similar to you, theyĺre not identical. And so, when you interact with that same person for the next 50 years or 60 years, whatever it might be, every single individual day is not going to be a day of perfect compatibility,ö Heider said.

So, how do you tell if youĺre compatible enough to stay together long-term?

ôAn ideal match for you is someone who processes and communicates their emotional state in a very similar sort of way,ö Heider said. ôOnce you find someone highly compatible and you start building a relationship with that [person], then it does become, ĹThat one person is the person I want to spend the rest of my life with.ĺö

When you communicate effectively with someone over a period of years and even decades, it can lead to something even more meaningful.

ôIf something trumps communication Ś the caveat here is all these things are interrelated at some level, so you canĺt fully separate them Ś itĺs mostly a matter of trust,ö Heider said. ôI am on your side, come hell or high water, I think is even more powerful than communication styles and things like that.ö

But sometimes, it doesnĺt work out like that. Not everyone is compatible long-term, and that can take a long time to realize.

And what if thatĺs not an inherently bad thing?

ôItĺs obviously going to hurt either way when you lose a soulmate from your life, but it would

hurt worse thinking that theyĺre the only one,ö Blakely said. ôWhen you think that thereĺs more [potential soulmates], you can learn to accept that breakup more, because you can know that you learned something from it, and there are [other] opportunities.ö

So. Do soulmates exist? And does it matter?

Psychology sophomore Holly Roehrborn, who is dating her high school sweetheart of two and a half years, doesnĺt think finding a soulmate should necessarily be the end goal.

ôIĺm like, is [my boyfriend] really my soulmate? And I donĺt think it really matters. Because Iĺm happy with him, you know? So, you can kind of create a soulmate within a person. You can find things within everybody you like, and you can kind of like, hold on to them,ö Roehrborn said.

Could the idea of soulmates being out of our control hinder us from doing the necessary work to keep a relationship alive?

ôI just always thought relationships are never going to be perfect, obviously, but I think the reason theyĺre bad, a lot of the time, is just because people arenĺt trying to make it work,ö Roehrborn said. ôIf youĺre just not getting along, and youĺre not communicating, then youĺre not going to think theyĺre a soulmate.ö

This lapse in expectation is, for many people, largely due to cultural expectations learned over a lifetime. When romance is portrayed in books and movies Ś rom coms, Iĺm looking at you Ś it is often vastly oversimplified.

Honestly? I think the idea of a soulmate, however you define it, is almost entirely arbitrary. Itĺs clear some people are a lot more compatible than others, but in my opinion, thatĺs about it.

A good relationship should be founded on highly compatible communication and personality styles, and nurtured with intentional effort to eventually achieve long-term trust. Thereĺs no guarantee itĺs going to work out, and maybe thatĺs OK.