Crocheting: How a hobby became a business 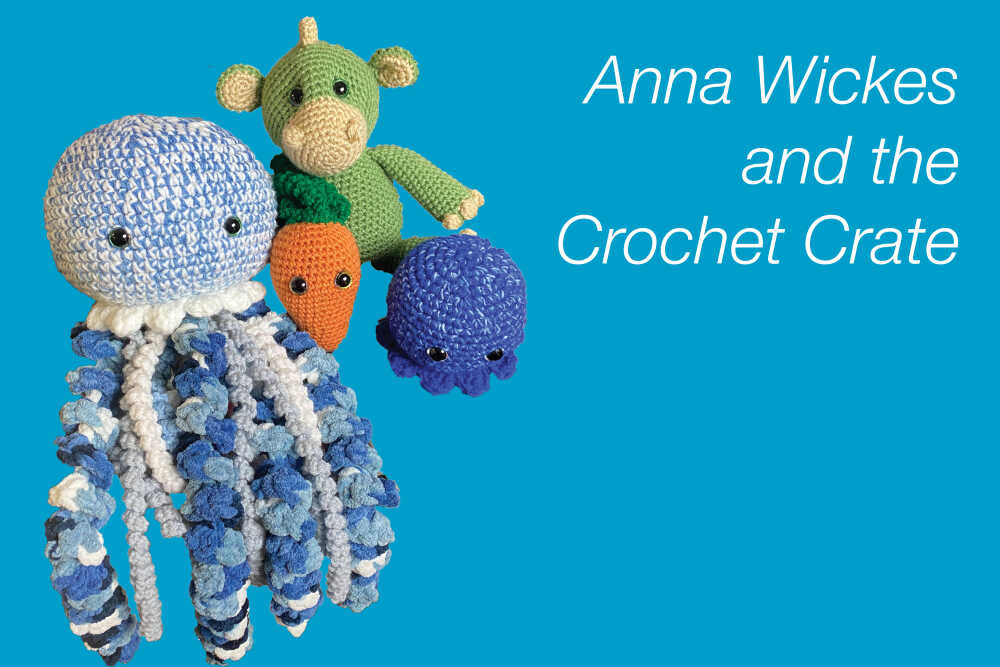 Between classes, extracurriculars and family commitments, many students may not consider adding the stress of running their own business to that list.

Senior agriculture industries and general studies student Anna Wickes, however, creates products that help with her stress and then sells them on Instagram or at in-person markets.

During a snowstorm in 2021 that left many unable to leave their homes for days, Wickes began teaching herself how to crochet. She had picked up some yarn and a crochet hook from Dollar Tree when she was out shopping before the storm hit.

Wickes began using patterns she found online to create plushies — little stuffed animals like an octopus, dinosaur or jellyfish. Wickes used her newfound skill as a way to relax from the stress she had from classes and extracurricular activities. 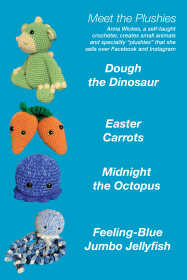 Eventually, when she moved into her new apartment, Wickes’ fiance was shocked at the sheer amount of plushies she had created.

Since then, Wickes began posting and selling the plushies on Instagram and Facebook, experimenting with different types of yarn and taking custom orders.

“I was like, ‘OK, let’s make a business out of it, because they’re selling decently,” Wickes said. “That’s where I came up with The Crochet Crate, and then, it just kind of spiraled from there. I started making more and more things; more complicated things, the better I got.”

Wickes said one of the hardest parts of running her business has been social media. She said she’s never been one for flashy photos and mainly used social media as a way to keep in touch with family, to update them about her life. She said she’s becoming more comfortable with social media, but still finds room for improvement.

“I literally got to see people’s faces light up when they got theirs,” Wickes said. “I got to put them in a bag, and they got to take them home. They were so excited to find out what their names were, ask questions about them and what I’m going to be making next.”

Following these markets, Wickes got a larger following on Instagram and began getting more custom order requests, as well as interest in her typical plushies she makes from octopi to jellyfish to carrots. Wickes sets limits for herself on how many orders she takes a month, to make sure she doesn’t add more pressure on herself outside of school, work and her sorority and family commitments.

“When I’m working, I have two different types of plushies I make,” Wickes said. “I make my stockpile and my custom. I only take between four to eight [custom orders] a month, depending on the size and the amount of time I know I’m going to need to put in and my availability.”

Wickes’ stockpile is what she makes on her own time as a destresser for herself, which she later lists for sale. She also gets all of her school assignments done ahead of time and then she crochets, but she sets time limits, so she can get the rest she needs.

Wickes will graduate May 14, but still plans to run The Crochet Crate after graduation when she starts her post-graduate job. Wickes is working on building a website for The Crochet Crate. In the meantime, you can follow The Crochet Crate on Instagram or get in touch with Wickes at The.Crochet.Crate.Business@gmail.com.