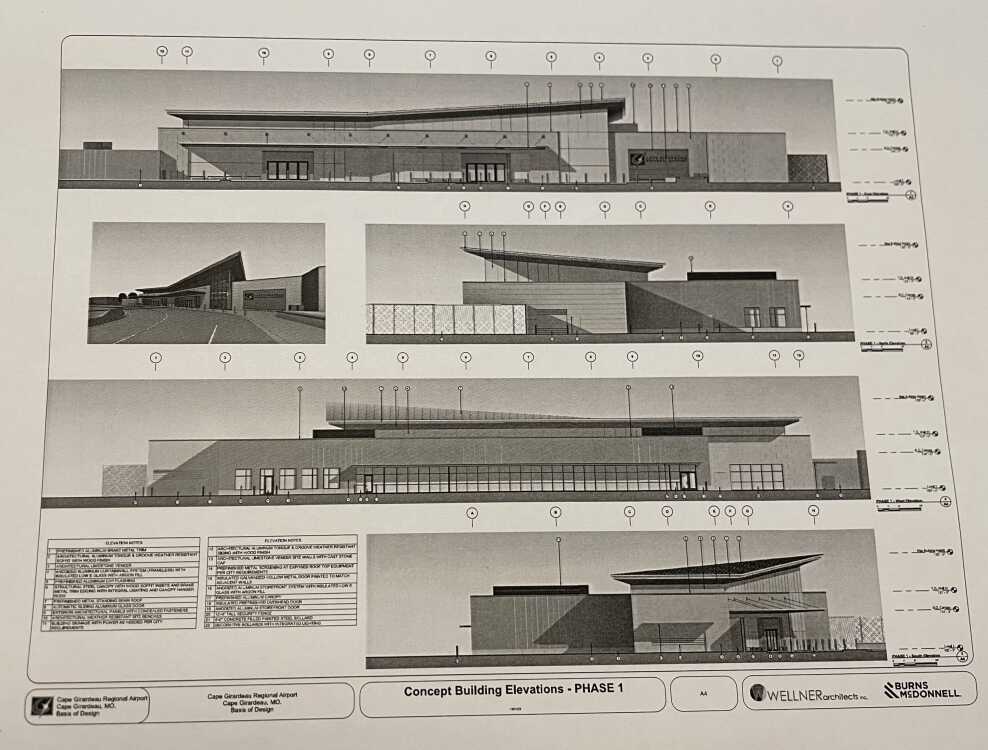 Cape Girardeau Regional Airport is planning for a new terminal, a project which could provide SEMO students with hands-on-training.

The planning for the terminal is complete and airport manager Katrina Amos has met with designers, financed by the CARES Act. The Federal Aviation Administration (FAA) approved the new terminal plan in February 2021, and it is tentatively scheduled to open June 2024.

The current terminal is about 13,000 square feet and the new one will be built on 20,000 square feet, “highly recommended” by the Aviation Cooperation Program (ACP).

According to Amos, the new terminal could provide opportunities such as classrooms or lab spaces for Southeast pilot program students.

Amos said while the current terminal is a “structurally satisfactory facility,” the terminal is nearing 50 years old and its technology is old.

The new terminal will be built in front of the current terminal.

“We didn't have an opportunity to rehabilitate. Rehabilitation and reconstruction are vastly different things in the eyes of the FAA,” Amos said. “When you rehabilitate, you can utilize all of your resources. You can build it back to its prior condition. With reconstruction, it forces you into new guidelines the FAA has established since the taxiway was built.”

The FAA requires new taxiways to be built 75 feet wide and the airport's current taxiway is built at 35 feet wide. A larger taxiway will allow larger aircrafts, like the C2, to fly into the airport.

To reconstruct the taxiway, the airport will require closures. Amos said they will start sending out monthly newsletters to inform the public of airport closures or flight delays.

The next Cape Girardeau Pilots Club meeting will be 6:30 p.m. Tuesday, July 5.