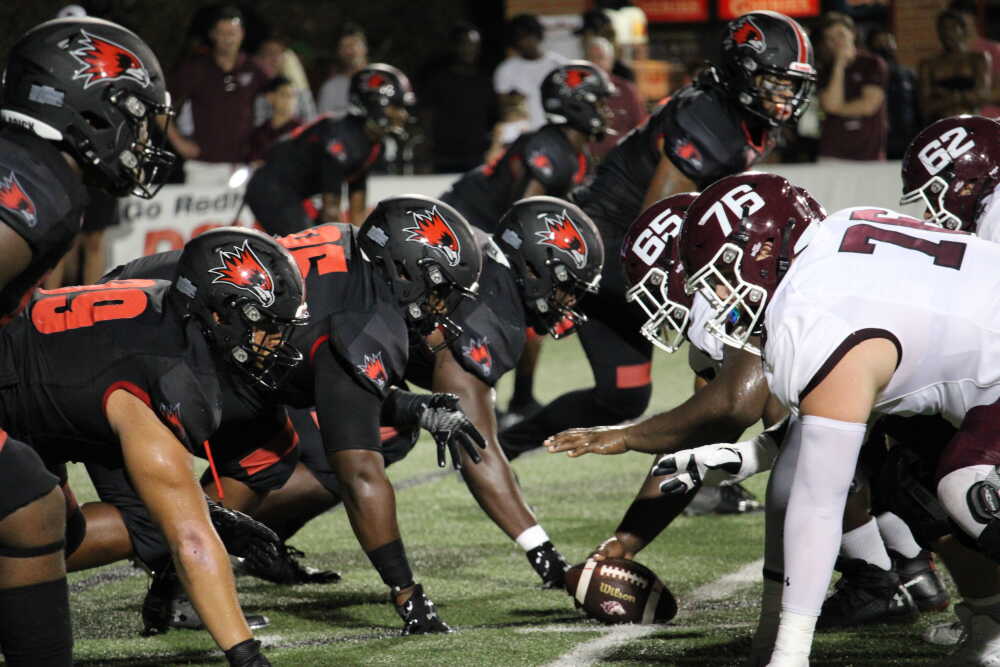 As college football season approaches, there has been one question for Redhawks fans everywhere: What is going on with Houck Stadium? On July 14, the state of Missouri awarded Southeast $11 million for the renovation of the stadium. The university is currently awaiting bids.

Once a bid is reviewed and awarded, construction will be set to begin on the first phase of the renovation. Phase 1 consists of replacing the grandstand, restrooms and concession areas, as well as turf replacement. SEMO Athletic Director Brady Barke said the hope is to start construction around Sept. 1.

“If it begins Sept. 1, we expect that construction on that initial phase will work all the way through the end of next summer,” Barke said. “So July of 2023 is when we would expect that that South part would be completed.”

Plans for future phases include the press box and a multi-use facility in the east zone for both academic and athletic purposes — but those time tables are still undetermined.

So, what do women’s soccer and football do in the meantime? Barke said it will be business as usual with both teams continuing to play at Houck Stadium through the construction.

“Houck is our home, and we have really worked hard to make sure that we can continue to allow our teams to play there,” Barke said. He said they worked hard to keep the spectators supporting their teams.

Once the stadium is completed it will provide a quality venue to welcome fans and athletes alike as well as serve as the front door to the University. Barke said the stadium will not only be important for the university, but also to the city of Cape Girardeau.

“It anchors downtown Cape and it’s the start of that historic area,” Barke said. “I think it sends a really strong message about the health and vitality of not only the university but the community as a whole.”

As for the football team itself, the Redhawks were picked to finish second in the Ohio Valley Conference (OVC) behind UT Martin in the preseason poll. Six players were selected for the preseason All-OVC team, including senior running back Geno Hess, who was named the preseason Offensive Player of the Year.

The OVC added three new teams this season, but only one will be playing football: Lindenwood University in St. Louis. SEMO starts the OVC season by playing the Lions, who Southeast Head Coach Matukewicz said he is ready to face.

“To have another OVC team in Missouri is a big deal. We’re in the process of trying to come up with a trophy and have a trophy game,” Matukewicz said. “We’re excited about our first OVC game and their first OVC game is between us.”

Matukewicz said the strengths of the team are how connected they are and how much they genuinely care about each other, which is important for when the team faces adversity. Another strength is their ability to run the ball, where Hess in the backfield fills them with confidence.

The weaknesses of the team being addressed are rushing the opposing quarterback, and being more explosive in the passing game.

“We need to be able to quick-score with those explosive plays,” Matukewicz said. “We do think we’re pretty dynamic in the receiver room, but we have to protect and we have to have somebody who can throw those balls.”

Hess is the lone senior running-back this season and he, like everyone on the team, is hoping for a conference championship. Playing at SEMO for four years has meant a lot for the Peoria, IL native who hopes he leaves behind a legacy for younger players to follow.

“I hope my legacy has been on the young guys, if you just put your head down and work everything that you want can be attainable at the end of the day,” Hess said.

SEMO football fans will get their first opportunity to see Hess, Coach “Tuke” and the rest of the Redhawks in Houck Stadium on Saturday Sept. 17 at 2 p.m. when Southeast takes on the Colonels from Nicholls State University.