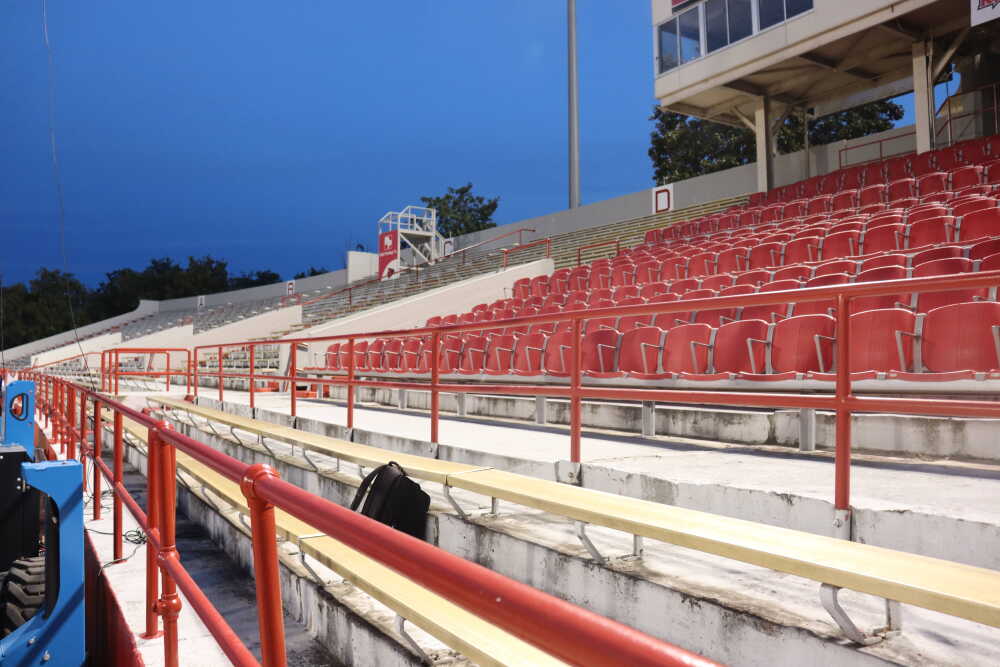 Houck's South Grandstand sits empty during the War for the Wheel football game after announcements of necessary renovations to the structure.
Southeast Arrow File

SEMO’s Board of Governors have approved a contract for the renovation of Houck Stadium’s south grandstand and sideline with Fager-McGee Commercial Construction winning the construction bid of $15,978,100.

Of the two general contractors who vied for construction, Director of Athletics Brady Barke said Fager-McGee was the “lowest and best bid,” and had also built trust by helping to demolish the southside lot earlier in 2022. He said it was finished enough so Fall sports can proceed as usual.

According to a SEMO news release, the contract includes phase one: “the replacement of the south sideline and grandstand of Houck Field as well as new seating, turf replacement, concession stands, restrooms, ADA access, and associated HVAC, mechanical and other systems work.”

Barke said he expects phase one construction to begin on Sept. 1 and to complete sometime next July or August 2023.

There will be at least two additional structures, and likely more, Barke said, which will include a press box structure and an academic building, after the initial phase.

Southeast Missouri State University President Carlos Vargas stated in the news release the stadium will be a multi-use complex which includes “a facility with classrooms, labs and offices to support STEM, health, life and allied health sciences research, and academic programs.” Its potential labs may be allied health, biology, virtual anatomy, and biomechanics.

In the news release, Vargas also cited an impact study last year from an international labor market analytics firm; including the construction the new field would add $31 million to the economy and increase long-term visitor spending by a quarter million dollars per year.

“Obviously, a lot of people have been putting a lot of effort into designing and redesigning to get us to this point,” Barke said.

He credited SEMO Athletics and Facilities Management as the two main groups that worked with the architectural firm Hollis & Miller to design phase one of the project, sometimes meeting every week to find efficient ways to meet goals and make sure the construction matched the vision.

Barke noted full amenities for fans will be up by the 2023 season.