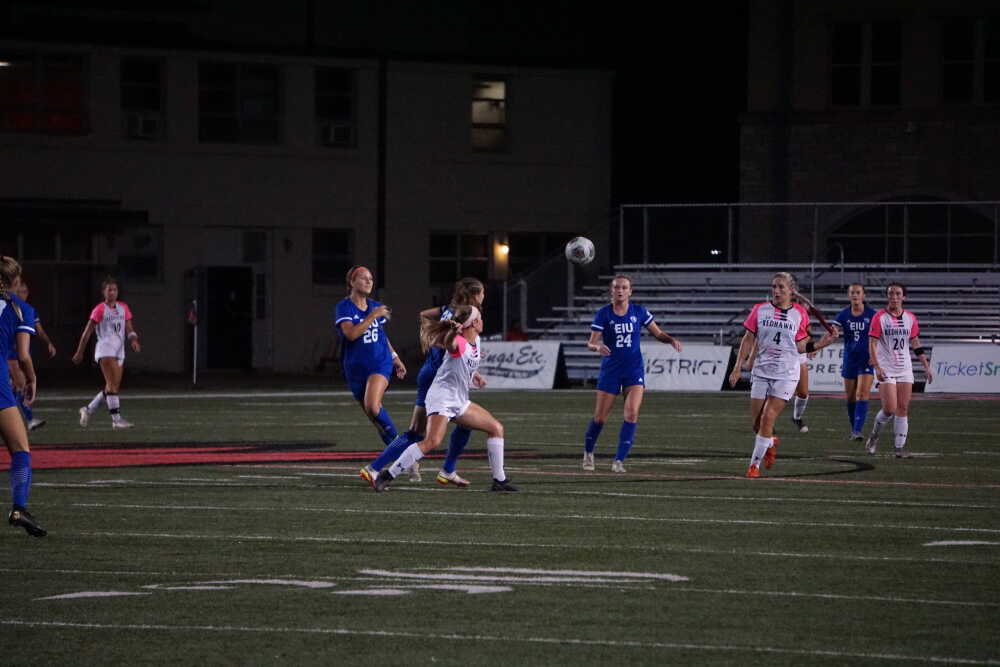 SEMO women’s soccer has gotten off to a decent start this season losing a close 1-0 against Mizzou, but rebounding with a 2-0 win over Illinois Springfield.

Junior Midfielder/Defender, Faith Liljegren said the results of the first couple games have not stopped SEMO from focusing on their ultimate goals.

“The goal is always to win conference and get an automatic bid to the NCAA tournament, but we want constant performance improvement. Our coach always says that is everyone improving everyday and the team improving as a whole,” Liljegren said.

Improving everyday will be important for the Redhawks who feature nine freshman on the team, several of whom already play in big roles. Coach Heather Nelson said this was the biggest difference between this year and last year’s team.

“There’s a lot of turnover and it’s going to take a little while to figure out who plays well together and even the best formation for us,” Nelson said.

While the freshman have certainly had their challenges so far, both Nelson and Liljegreen have given the group a lot of praise.

Nelson highlighted three freshman: goalkeeper Sofia Elfrink, defender Alayna Jakul, and forward Cayla Koerner, as players that have impressed her early on in the season. Nelson said there are certain skills the newcomers bring that make the team better than last year.

“I think our overall team speed has improved. I think we also have a greater number of attacking threats than we did from last year’s team, and that was just a recruiting decision,” Nelson said.

“Kayla and Lainey are two of the hardest working freshman I have ever seen. They already had the skills that they needed to play, and they didn’t let that stop them from improving. Then off the field they are two of the friendliest people I’ve ever met,” Liljegreen said.

Koerner said older teammates like Liljegreen have made her jump from highschool to college soccer easier.

“All of the upperclassmen have been really welcoming and just made it a lot easier for the transition from high school to college,” Koerner said.

SEMO will look to gain another victory at Missouri State on Thursday.

Liljegreen said it will be important for the Redhawks to have the right mindset for that game.

“We need to come in thinking that we’re at the same level as them, and not that we’re better than them. We have to play to the best of our abilities and everyone has to use they’re strengths,” Liljegreen said.