SEMO shuts down Columbia College in one point game 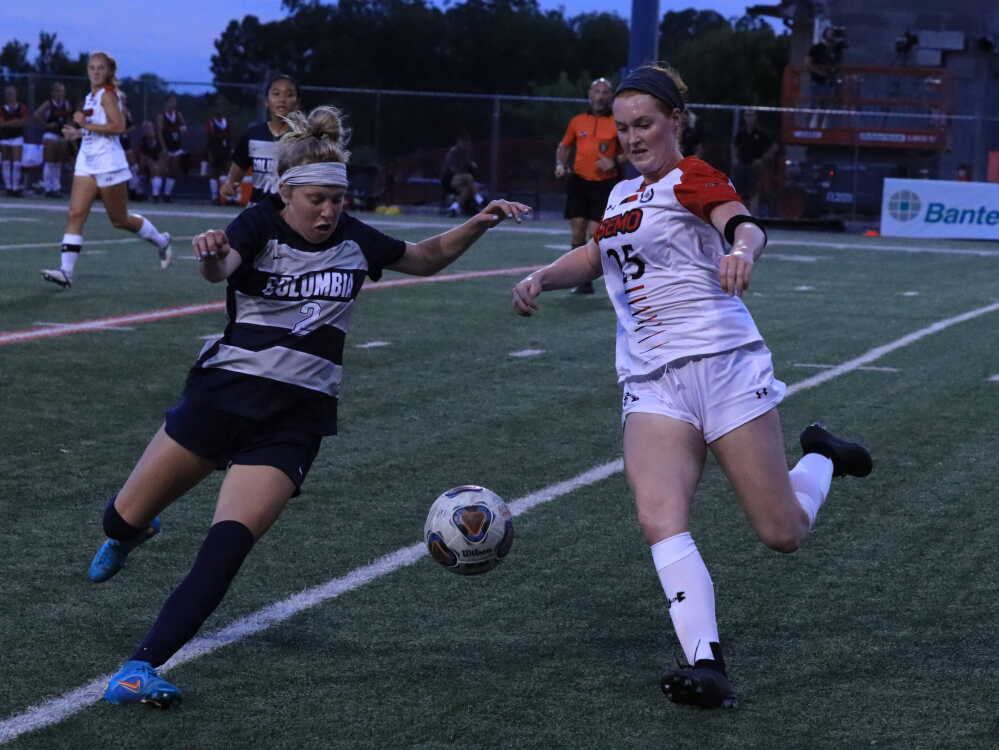 SEMO women’s soccer won 1-0 off a goal in the 80th minute, but the story of the game was the defensive play of the Redhawks.

Head coach Heather Nelson said there was a focused effort to execute in certain areas for tonight’s game.

“We were focusing on being disciplined in our defensive organization and getting more numbers forward when counter attacks presented themselves,” Coach Nelson said.

This especially came to fruition in the second half, and Coach Nelson said it was due to a few adjustments at the half.

“We needed our forwards to understand their defensive roles a little bit better, so we tweaked that because it’s the first time they had done this tonight,” Coach Nelson said. “Then we also clarified how we wanted our wingers to play and I think that helped a lot coming into the second half, those two adjustments especially.”

Another reason for the shutout was the goal keeper, Sophia Elfrink. Elfrink had seven saves, but gave a lot of praise and credit to her teammates

“I think I played pretty good. I love the defense I have in front of me. They really make being in goal easy because they’re always there for me and they always got my back,” Elfrink said.

As for the go-ahead goal, it was scored by redshirt junior forward Megan Heisserer in the 80th minute. It was her first goal since 2019, as she’s played one game in the last two seasons due to injury. Coach Nelson said the team was especially happy to see Heisserer to score the deciding goal.

“Our bench exploded because she’s coming off an ACL recovery and just recently is turning the corner and getting back to her freshman year performance, which is at an All-Conference level,” Coach Nelson said.

Heisserer believes the victory is huge for the Redhawks, as they travel to play Colorado College on Thursday.

“This was a great step just to get momentum going and our confidence up a little bit and I think we’re all super excited. Of course, it’ll be tough playing there, but I think we’re all ready for it,” Heisserer said.

Southeast will be back in action at home on Thursday, Sept. 8 at 6 p.m. against the Aces from the University of Evansville.