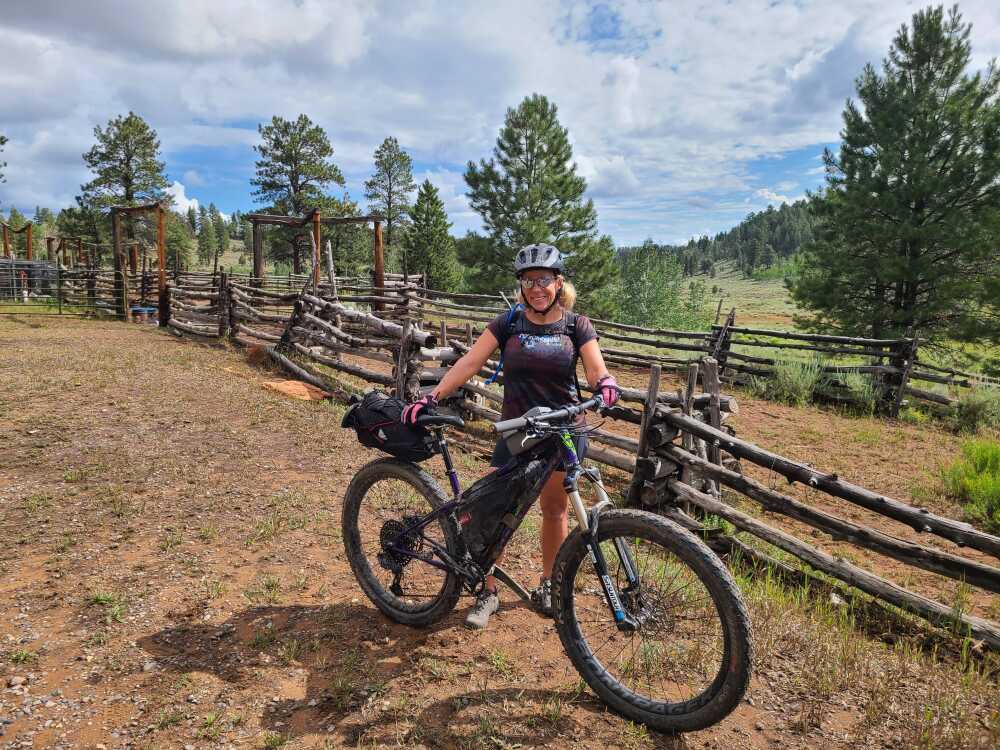 Could you bike a total of 155 miles through Colorado with seven perfect strangers, stay in huts, eat canned foods for five days with no cell phone service and one backpack? SEMO English professor Missy Phegley spent her summer doing just that, bikepacking from Colorado to Utah, staying hut-to-hut with seven people she had just met.

Phegley began her bikepacking trip in Telluride, where she met the seven strangers to bike with. They started their trip on Tuesday by riding a gondola car to the top of the mountains and began their ride.

From Telluride, they biked 26 miles to the first hut at Last Dollar Road, a popular scenic path near the town. They traveled 27 miles the second day, starting at Last Dollar and ending at Spring Creek. Then, on day three, they went to Columbine for 37 miles. On the fourth day, they biked 39 miles, ending at Graham, in Utah. Finally, the team biked from Graham hut to Gateway, riding 27 miles and completing their 155 miles. After each day’s ride, the team stayed in a hut.

The nightly hut stops were furnished with propane stoves, coolers storing water, soda, beer and canned teas, and shelves stacked with canned food. Since the huts were well-stocked with nourishment, the team limited their luggage to clothing, snacks, toiletries and water.

Phegley packed two sets of clothing, a jacket, indoor shoes, some granola bars, water bottles and a water filter. Only Graham, the fourth hut, had showers, so Phegley packed wipes to clean up after riding. Each hut had only a dry “compost toilet,” which is like a regular toilet but the team would throw sawdust in after use.

To prepare for the trip, Phegley rode her bike regularly and in June, she and her friend, Stephanie Myers took a multi-day bikepacking trip. They started in Cape Girardeau and rode East through Illinois for 240 miles.

Myers and Phegley rode into Mcclure, Illinois, taking a roundabout way into Trail of Tears state park. From there, the two biked in Laurie Pine Hills and traveled along south Carbondale. For the night, Myers and Phegley stayed in Giant City state park, which provided shelters and restrooms. The next day, they rode through Compton, Ferncliff State Park and Dianna Tunnel Hill trail. Their last stop was riding through Horseshoe Lake before returning to Cape.

Myers and Phegley faced a regular Illinois summer, with weather like thunderstorms, flooded creeks and exhaustion, which helped Phegley mentally prepare for her bigger adventure. Myers said once they had started on their trip, they could not stop for bike mechanics, bad weather or exhaustion. 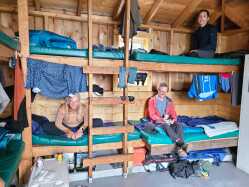 “No matter how crappy we felt, we had to keep going. We had to think ahead and keep our load as light as possible. We had to have lots of water, food, clothing, first-aid and personal items. We got into the mindset of paring it down to what our absolute necessities are so that we are not carrying too much weight on our bikes,” Myers said.

Geoff Smith, another friend of Phegley’s, had previously completed his own hut-to-hut trip. The two exchanged notes and tips when Smith had cellphone service. To train for his trip, Smith biked similar mileages on the weekends. He said, still, the first day he had doubts and debated whether he had made the right decision, but kept pushing.

Over the five days of Phegley’s tour, her team encountered different sights, including the rugged San Juan and snowy Aspen mountains. Phegley said one of her more memorable experiences during the bikepacking trip was crossing over a cattle grate – metal pipes laid over a narrow hole in the ground, and encountering two bulls flanking a herd of cows.

“There was one point where we're coming down a hill and there are all these cows across the road and two bulls on each side. The guys with us were like ‘I don't know what to do! I don't want to try to get up too close because the bulls might charge us.’ I teased one guy because he was totally freaking out about it . He's like ‘I'm a city boy, I am not used to this,’” Phegley said.