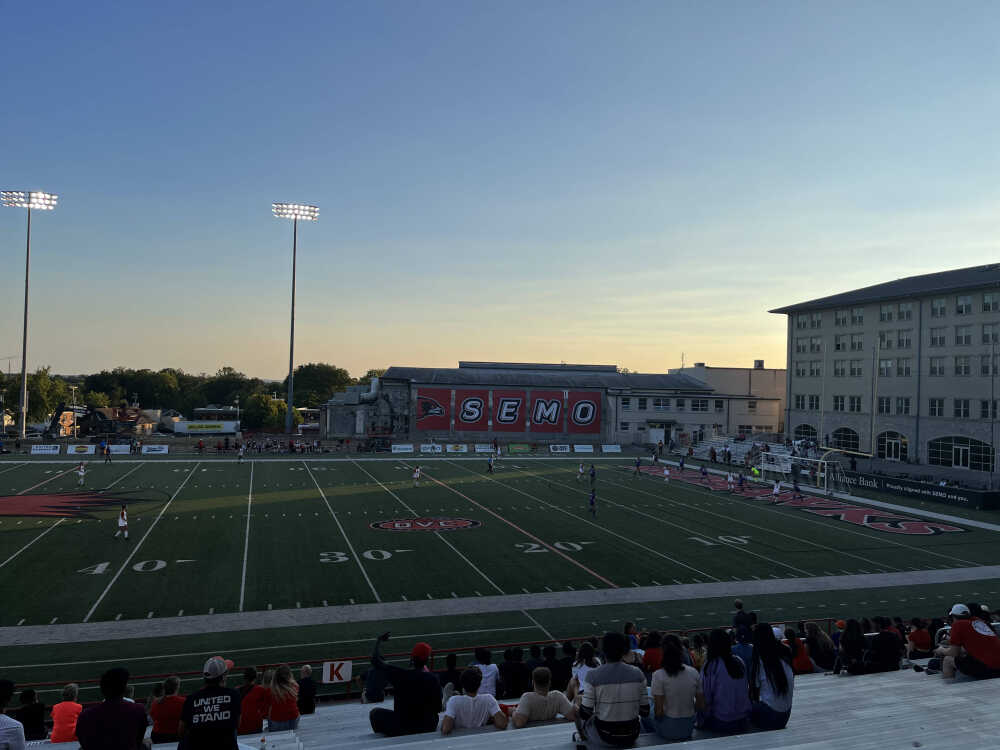 The SEMO women’s soccer team defeated the Evansville Purple Aces at Houck field on Thursday by a score of 1-0 capitalizing on defensive mistakes by the aces and receiving a shutout bid from freshman goalkeeper Sophia Elfrink.

At 40:20 in the first half of the match an Evansville turnover ended with freshman defender Alayna Jakul heading the ball into the back of the net for her first goal as a Redhawk. Jakul said she noticed Evansville’s back line was playing too aggressive and she was able to score as a result.

“They had their backline really high so the whole time I was checking my shoulder making sure they weren’t pushing me offsides and I received a perfect ball to the back post,” Jakul said.

Redhawk’s coach Heather Nelson said the key to their win over Evansville was ball movement early in the game.

“I thought we came out playing at a really high level and I was very pleased with how well we moved the ball in the first 25 minutes of the game,” Nelson said.

The goalkeeping effort from the Redhawks has been especially present in their recent matches as Sophia Elfrink picked up her third shutout in just seven contests.

Elfrink gave credit to her defensive line and emphasized their importance in her success.

“They’re amazing,” Elfrink said,” I could not be as good as I am without them. They hold my line up, they have my back and I have theirs and I think it’s a great group of girls we have whether they’re coming off the bench I know they’re still going to have my back.

Thursday’s win was their third win in four contests in the young season. Although this year’s squad contains nine freshmen, the young team continues to find success against last year’s losing season.

The Redhawks will look to build on their win at 1 PM on Sunday, Sept. 11 at Houck Field against the regional rival Southern Illinois Salukis.