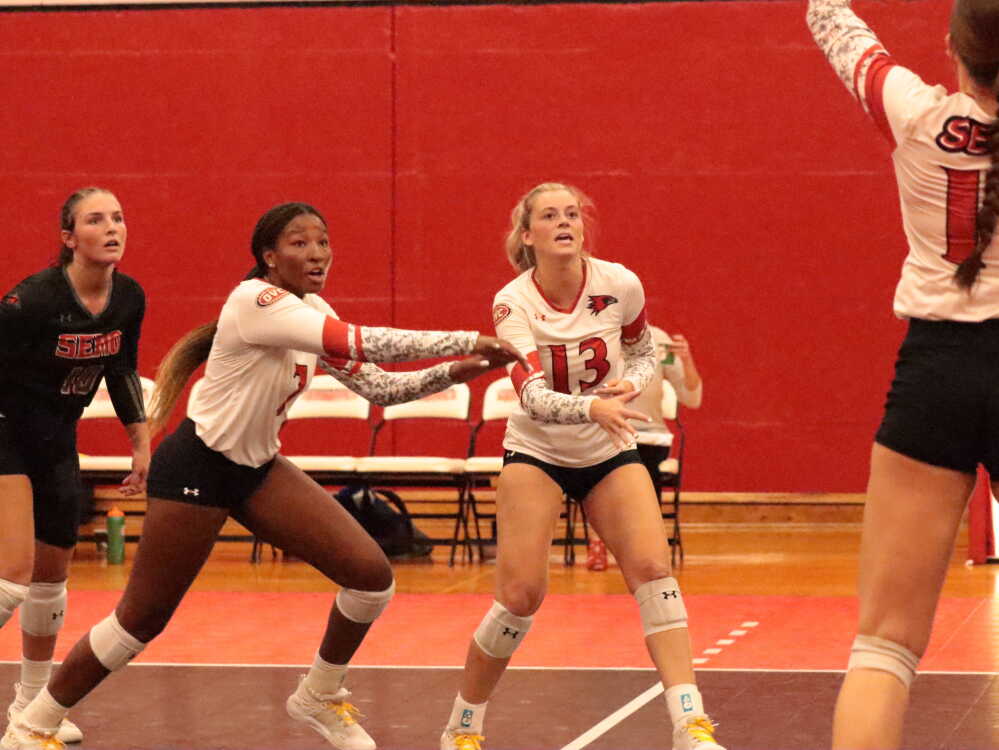 Southeast head coach Julie Yankus said she was proud of the resilience her team showed.

“We’ve talked about being resilient,” Yankus said. “We’ve faced adversity all season so far with ups and downs and just different things we’ve had to handle. So I think us being in tough situations already early in the season has helped us respond appropriately and we just went after it.”

Kaelyn O’Brien found success on offense and defense and was just one kill shy of a triple-double. She gave most of her success in Friday’s matchup to her teammates.

“I think my teammates were doing everything they could to help me out,” O’Brien said. “They were putting me in good positions which was allowing me to do what I did.”

O’Brien ended the match with nine kills, 18 assists and 10 digs.

Kayla Closset was also a standout performer, leading the Redhawks in attacks with 34 and kills with 10.

Closset gave credit to the Tennessee State defense, but said her time in practice lead to her success on the court.

“I think they’re a very good defensive team, and I think we’ve been working a lot in the gym at practice this week, just finding those big corners and finding what’s open,” Closset said.

The Redhawks will be back in action at 5 p.m. on Friday, Sept. 30 on the road at the University of Tennessee at Martin.