SEMO football improves to 3-1 after win against Central Arkansas 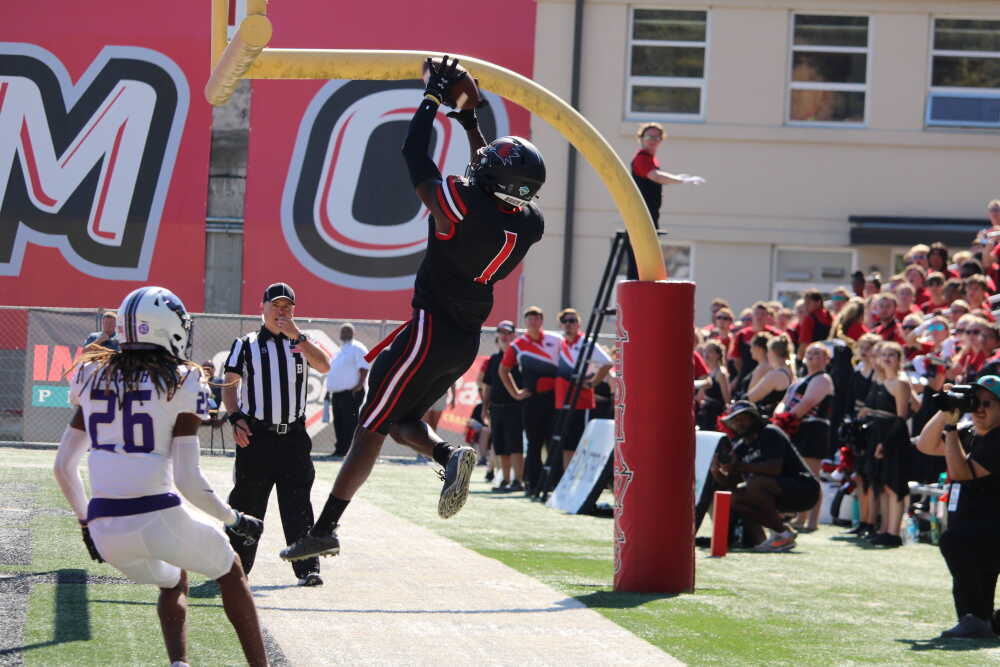 The Southeast Redhawks are now 2-0 in Houck Stadium after defeating the Bears from the University of Central Arkansas on Saturday afternoon. This was the very first matchup between the Redhawks and Bears.

The Redhawks started out with a big hit from freshman defensive back Henry Pickens III who forced the Bears’ quarterback to fumble on the third play of the game. Sophomore inside linebacker Bryce Norman recovered the fumble and ran three yards for the first touchdown of the game. Norman also finished the contest with eight total tackles, a half-sack, and two pass breakups.

“It was just a hard fought game, and kind of a gritty game,” head coach Tom Matukewicz said. “Our team was pretty even so I was proud of them.”

Sophomore quarterback Paxton DeLaurent completed his first touchdown pass of the game to junior receiver Ryan Flournoy in the second quarter. DeLaurent finished the game completing 17-of-31 passes, throwing two touchdowns and running in one of his own. Flournoy finished with 68 yards to tie and lead all receivers along with senior receiver Johnny King, who also completed a touchdown pass in the second quarter.

Sophomore receiver Dalyn McDonald ended the first half with a big 97-yard kick return. This gave the Redhawks a 28-17 lead going into halftime.

“I think we executed well,” McDonald said. “We didn’t do too good on the turnover margin but we made big plays.”

The Redhawks offense looked to senior running back Geno Hess a lot in the second half. Hess ran for 123 yards on 20 carries, and this was his 11th time running over 100 yards in his career.

“I felt like the defense did good as a whole,” Norman said. “Just flying around, making tackles and I thought we had a good day against a good offense.”

The Redhawks are now 3-1 overall and 2-0 at home. SEMO will be back in action next Saturday, Oct 1 as they play their first Ohio Valley Conference game against newly added Lindenwood University. Kickoff is set for 1 p.m.