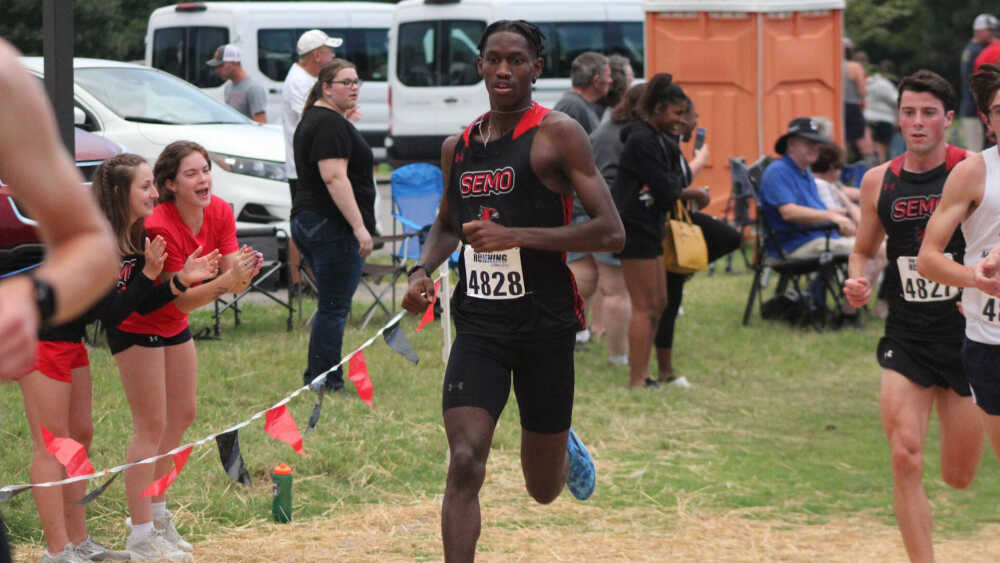 Senior cross country runner Terrico Garrett notched his first career victory at last month’s McKendree Bearcat Classic. He finished ahead of 81 other runners in the 8k race with a time of 25:35.53. Garrett, along with six other top 12 finishers from SEMO, led the men’s team to a 21 total points victory.

A former long sprinter in high school, Garrett has had to make major adjustments in his preparation and training for meets. The transition from not worrying about mileage and distance to training for those aspects of a race were difficult when he first began, but he eventually got the hang of it.

The first victory is always a memory that will stay with a runner. Even though SEMO was the only Division I school at the meet and winning the meet was the expectation going into it, winning the race was a big individual accomplishment for Garrett.

“It was the first one so honestly I was pretty excited. I was very happy with that race,” Garrett said.

Every runner has their own mindset when competing in a long-distance race. Garrett makes sure he keeps his pace by checking his watch and keeping an eye on the person in front of him.

“I’m looking at my watch and then the person that’s in front of me,” Garrett said. “I’m usually looking at the back of their head trying to stay as close as possible.”

Garrett’s talent and work ethic have had an influence on his teammates as well. He and his teammates have seen massive improvements in their times and are running much faster than in previous years. Head coach Ryan Lane has taken note of the team’s improvements and expects big things for this season.

“All these guys are running significantly faster than a year ago,” Lane said. “Not even small improvements but massive improvements, and so the expectation is that these men are able to go out there and be our fastest team since 2010.”

Garrett’s leadership skills are seen even by athletes who are not runners in cross country. Senior track and field distance sprinter Markeith Crawford sees Garrett's leadership qualities every day.

“He’s a great teammate, he leads by example. He’s always going out there trying his hardest, especially in workouts,” Crawford said.