Rise in female hunters due to family traditions 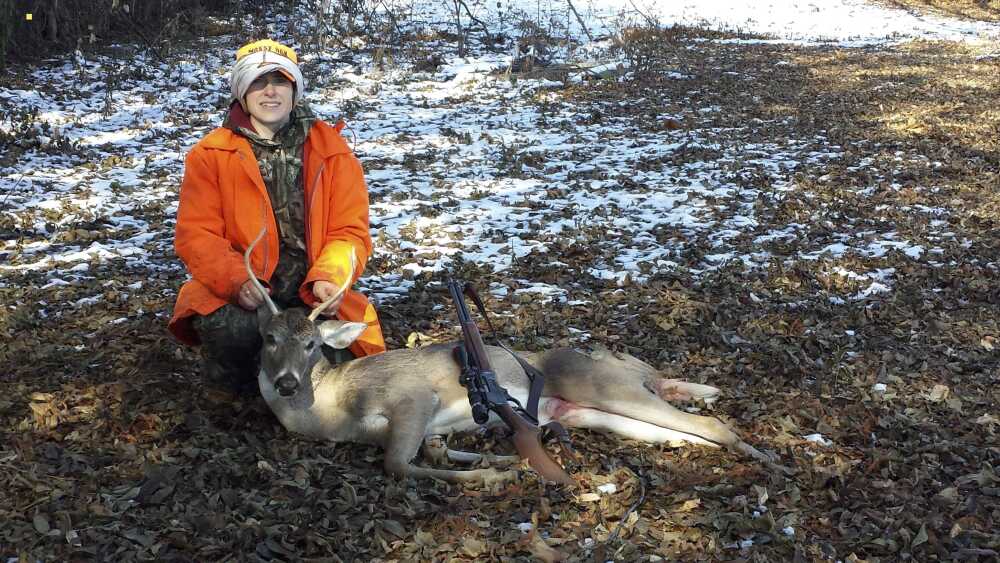 General Studies senior Tina Wright shows off a buck she killed. Wright believes hunting is something women can share with their children to learn experience.
Photo submitted by Tina Wright

Sept. 15 may be just another Thursday for some college students, but for avid hunters, it’s opening day archery season for deer hunting in Missouri. Firearm season follows just a few months later in November. Even though hunting is for everyone, bow and gun hunting have seen a 25% increase in female hunters since 2006.

A recent Forbes article stated the amount of female hunters is increasing due to the appeal of feeding their families steroid-free, hormone-free and antibiotic-free meat.

General studies senior Tina Wright has been hunting since she was five or six years old and able to hold a gun.

“My dad hunted, my grandpa hunted and it was just a family thing,” Wright said. “Everytime my grandpa and dad went out, they’d always take me with them. As soon as I was old enough to learn gun safety and hold the gun properly, I was going out to hunt.”

Wright said she believes women have become more independent since she started hunting and many have taken it upon themselves to provide food for their family.

“There are so many single moms out there who come from hunting families and they don’t have a husband or significant other to go out and hunt for them,” Wright said. “Women also feel they want their children to learn how to hunt and share their experiences with the generations to come.”

Wildlife ecology and management professor Susan Felege from the University of North Dakota has been a hunter for over 27 years, and often brings along her toddler daughter. Felege said women have been picking up hunting with different motivations than their male counterparts. 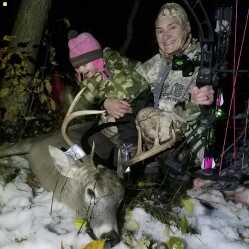 Wildlife ecology and management associate professor Susan Felege poses with daughter and a big buck. Felege says having a child has never stopped her from hunting.
Photo submitted by Susan Felege

“One perception used to be that this was the good ol’ boys club, and a lot of barriers have been broken as more and more women are hunting,” Felege said. “We see a lot of women interested in it for feeding their families organic food, and there is evidence by biologists and conservationists that if children get involved in hunting, it is because they picked it up from their mom.”

Felege said she believes women are more meticulous when it comes to shooting and generally are better shots than men. She said when they are out in nature, many women feel more connected to the land.

“It’s the fresh air, it’s about exercise, it’s about getting meat for your families. And for women, that alone feeds their souls,” Felege said. “It’s also about heritage and traditions which women hold close to their hearts.”

For women wanting to get started in either gun or bow hunting, Felege recommends finding encouraging mentors who can teach them the basics.

“Don’t let anything stop you,’ Felege said. “There are a lot more opportunities for women to hunt than there ever was before.”

For more information about Missouri’s archery or firearm season, visit their website.