Defining gender and its role at SEMO 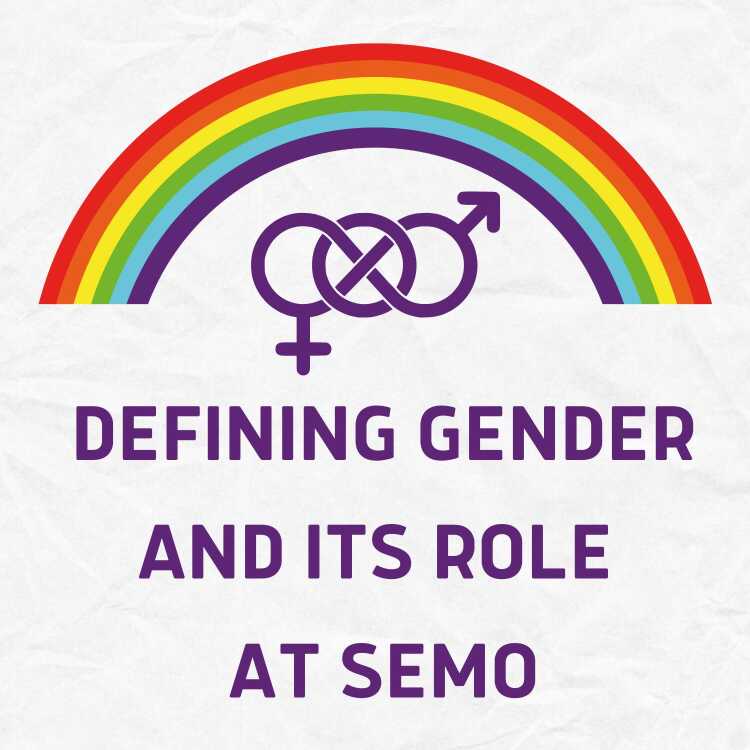 The concept of gender and its implications are relevant to every aspect of society. According to a study by Marion Godman, people are so used to how gender is stereotyped and perceived “that we are almost blind to how pervasive it is.”

Another component of gender is how it is classified. According to PBS, many distinct societies around the world have widely different views of gender, many including “long-established traditions for third, fourth, fifth or more genders.”

Additionally, according to Godman, many generalized characteristics of gender categories do not apply to ‘many, if not the majority of individuals.’

Some SEMO students’ gender experience includes identifying as transgender or nonbinary. While resources and support are available for these students, some feel these resources aren’t enough.

When discussing gender, it’s important to clarify the difference between sex and gender. The Canadian Institute of Health Research (CIHR) defines sex as “a set of biological attributes in humans and animals,” and gender as “the socially-constructed roles, behaviors, expressions and identities” of men, women and gender-diverse people.

Gender influences how people perceive themselves and interact, as well as “the distribution of power and resources in society,” according to the CIHR.

How can transgender and nonbinary students receive support at SEMO?

The group meets from 4:30 to 5:30 p.m. on Thursdays in Scully Building Room 318. Dernberger said one aim of the group is normalizing the experiences of trans and nonbinary people.

“People become isolated and feel like they’re alone and that their problems are something unique to them. And so the idea of a group [is] you can see everybody’s problems are different, but they have a common thread,” Dernberger said.

The importance of learning about gender identity

As a nontraditional student, Dernberger said she’s learned a lot from being friends with Simmonds, who is nonbinary.

“I realized there were so many things that I didn’t know that I wanted to know more about,” Dernberger said. “It’s impressive, and it’s empowering, when you think about being authentic and accepting yourself, and how that can change your life, especially as a young person.”

SEMO social work graduate Manuela Barriga collected menstrual supplies for transitioning students who might feel uncomfortable purchasing supplies themselves. This was part of a larger project for her field semester, the last semester as a social work major. Barriga underwent the process of learning more about trans and nonbinary people while working with the LGBTQ+ community.

Barriga said she initially didn’t feel comfortable working with the LGBTQ+ community. Due to the religious beliefs she grew up with and her lack of knowledge about the community, she said she didn’t feel like she could “give enough” of herself. However, one of her professors placed her with the community to challenge her comfort zone and help her confront her biases.

During her field semester, Barriga said she did many projects, including leading Safe Zone trainings, which provide groups and organizations with tools to better understand and support the LGBTQ+ community, and holding information tables in the University Center.

“After that experience, I feel like I would do it again,” Barriga said.

A social shift in perception of gender identity

Simmonds said the recent cultural increase in acceptance and support for LGBTQ+ people has created a more comfortable environment for people to come out, especially when they feel less likely to be assaulted or violated.

“People come out because they feel safe. So it’s not that there’s any more trans people or there’s any less,” Simmonds said. “Being able to explore that is a very powerful and beautiful thing.”

Do trans and nonbinary students feel supported on campus?

Everett said xe feel supported by the LGBTQ+ resources on campus to an extent, but many of the resources available are catered towards sexuality, not gender, and quite a few people on campus aren’t accepting of nonbinary people.

“I do feel supported within my sexuality; I feel like I can get the help I need for that, but gender-wise, no,” Everett said.

The trans and nonbinary support group aims to create an open environment to talk about these struggles.

“We do not have an agenda, it’s more students coming in and bringing things they are wrestling with while also being nonbinary, trans, gender non-conforming,” Simmonds said.

For many, the process of determining one’s gender identity begins with questioning previously held beliefs about gender. For example, Simmonds didn’t know they were nonbinary until they were 23 years old.

“I had been taught that [being] trans or nonbinary meant to absolutely hate yourself, to loathe the body you’d been born with,” Simmonds said.

Simmonds said it’s normal to try out different labels, even if someone isn’t sure which one suits them best.

“I think for young students, if there’s an inkling, I encourage everyone to explore your gender,” Simmonds said.

Horticulture junior Juniper Roberts started thinking about their gender identity when they realized they were a lesbian. Roberts said their gender and sexuality are intertwined, and their lack of attraction to men caused them to start thinking more about their relationship to womanhood and realize they don't fit into a binary gender.

Roberts said people need to be more than just open-minded with respect to gender.

“You need to take the time to try and deconstruct what you view gender as, even if you are very comfortable in being cis[gender],” Roberts said. “Trying to deconstruct your preconceived notions will go a long way in… understanding trans and nonbinary people.”

Everett said xe feel like a person, not a specific gender, and sees xeir gender presentation as more of a performance.

“That’s how I like to present myself: just taking a concept and going very over-the-top. So even if I look very feminine, I still don’t feel like a girl,” Everett said. “I just like being very camp, very extra, and that’s what makes me happy. I just change it up every day based on how I feel.”

Everett said xe believe for many people, it’s easy to not question their gender identity.

“I feel like gay people have to inherently do that to find out their sexuality. So it’s just another step of thinking it out to find out your gender. I feel like a lot of people don’t necessarily 100% align with their assigned gender at birth,” Everett said. “I feel like a lot of people are faking it or are just internalizing what they were taught from birth, because I sure have, and I still am. I’m still not 100% where I want to be with my gender journey, but I’m getting there, and I’m doing it by actually trying to determine what makes me happy.”

“It’s a sensitive topic,” Barriga said. “But love is love, and you cannot hide whoever you are. I feel like people should be free to express themselves however they want.”

For more resources about gender and sexuality or to find an ally, visit SEMO’s LGBTQ+ resources page.