Midterms - what’s on the ballot for Nov. 8 and how it will affect you 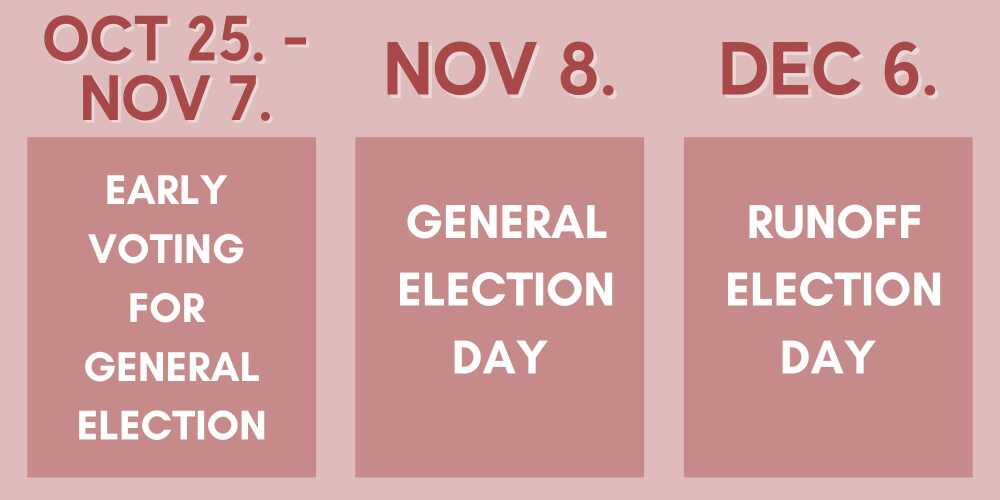 Midterms are approaching, and with controversial topics on the ballot like the legalization of recreational marijuana and increasing police funding, it’s important student voters understand what to expect at the polls.

On the ballot this year, alongside many state representative and judge candidates, are four amendments and a voting option for a constitutional convention, a gathering of delegates that will work to revise or amend the Missouri Constitution before the public votes on their proposed revisions.

The four ballot amendments and their effects

Constitutional Amendment No. 1: By voting yes, you would allow the Missouri General Assembly to change restrictions that are currently placed upon state investments by the state treasurer and allow these investments to be put into municipal securities that have either one of the top five highest long-term or short-term ratings. By voting no, the current restrictions would stay in place.

Constitutional Amendment No. 3: By voting yes, you would allow the removal of state-level prohibitions on “purchasing, possessing, consuming, using, delivering, manufacturing and selling” marijuana. This amendment would require individuals who want to cultivate or grow recreational marijuana for personal use to have a registration card. It would allow for those charged with nonviolent offenses related to marijuana to petition for release from prison and have their records cleared, as well as establish a lottery-based system to award licenses and certificates to sell or grow marijuana. Additionally, it would allow the Missouri Government to distribute licenses to each congressional district in an equal manner and impose a 6% tax on the sale of marijuana. By voting no, the state-level prohibitions that are currently placed on marijuana would remain intact.

Constitutional Convention: By voting yes, you would require the governor to call a meeting between delegates of the Missouri government to revise or amend the Missouri Constitution. Once the revisions and amendments have been finalized, they will be put to a vote with the general public. By voting no, there would be no constitutional convention held at this time.

Why does voting in midterms matter?

Midterms are frequently overlooked in comparison to a presidential election, but often have a direct effect on state policies.

Political science major Kayla McCain thinks students should be involved in voting in midterms because many are beginning to fit the proper age range of being eligible to vote.

“Starting out being involved is a good thing. Getting into the habit of voting as soon as you’re able to, I think kind of helps set you on the right track,” McCain said. “There’s a lot of resources to help learn about the [midterm] candidates; we have Turning Point [USA], SEMO Dems, Show Me Votes.”

Public relations major and president of Show Me Votes, Chloe Ray, said midterm elections are important because of the decisions individuals will make about senators and amendments.

Show Me Votes is a voting advocacy group based at SEMO that has a goal of educating students and fostering involvement in elections, Ray said.

“Voting is important in general because, ultimately, it is your civic duty,” Ray said. “It’s a way for your voice to be heard.”

Ray also said there are many ways students can be involved in both the voting process and understanding voting.

“Your county clerk's office has all the [voting] information, and they are not going to sway you one way or the other,” Ray said.

Master’s in Health Administration student and Turning Point USA treasurer Alexander Wade said voting is important, regardless if it's for a local election or a federal one.

“Any time that you can get to use your voice, it’s important,” Wade said. “Plus, it also gets to show that you were active in your community and your voice is making a difference.”

Voting is only one part of the midterm process; understanding the amendments and forming an opinion about each one is the first step to an informed vote.

Although Wade said he is in favor of legalizing recreational marijuana, he has reservations about the proposed Amendment No 3. on this year's ballot.

“I do support legalizing marijuana in Missouri; however, I am still a little reserved about this amendment,” Wade said. “I do want to see it legalized, but if there is too many unknowns in that amendment, then it's not going to really be benefitting our state in the way people think it will.”

McCain said as other states have already moved to put this type of legislation forth, Missouri should, as well.

“Anything that we can do to help our prison system and help take the weight off our prison system is helpful,” McCain said. “When it’s a nonviolent crime like marijuana possession, decriminalizing that would be a helpful thing, because prisons are extremely overpopulated.”

McCain said she would support an increase to police funding through Amendment No. 4 if it was happening for more than just one city.

“If every citizen in Missouri is voting on it and our taxes are going towards [only one city’s police force], then no,” McCain said. “If [increasing funding for police departments] was happening everywhere, then yes. I think giving police force[s] additional resources is always good.”

Wade said it did not surprise him the only state board-established police force was in Kansas City, MO., as he said there were parts of the Missouri Constitution that only refer to Kansas City and Jackson County.

“I do support this amendment; the general assembly does have the power to set minimum standards across the entire state,” Wade said.

To find the sample ballot provided to the public, visit the Cape County website.

To read the fair ballot language version of each amendment, visit the Missouri Secretary of State’s website.

Midterm elections will take place Nov. 8 The polling place you are registered for will be on your voting registration card. To check your voter registration or find your polling place, you can visit the Missouri Secretary of State’s website and enter in your information. All polling places in Cape Girardeau County will be open from 6 a.m. to 7 p.m. on Nov. 8.