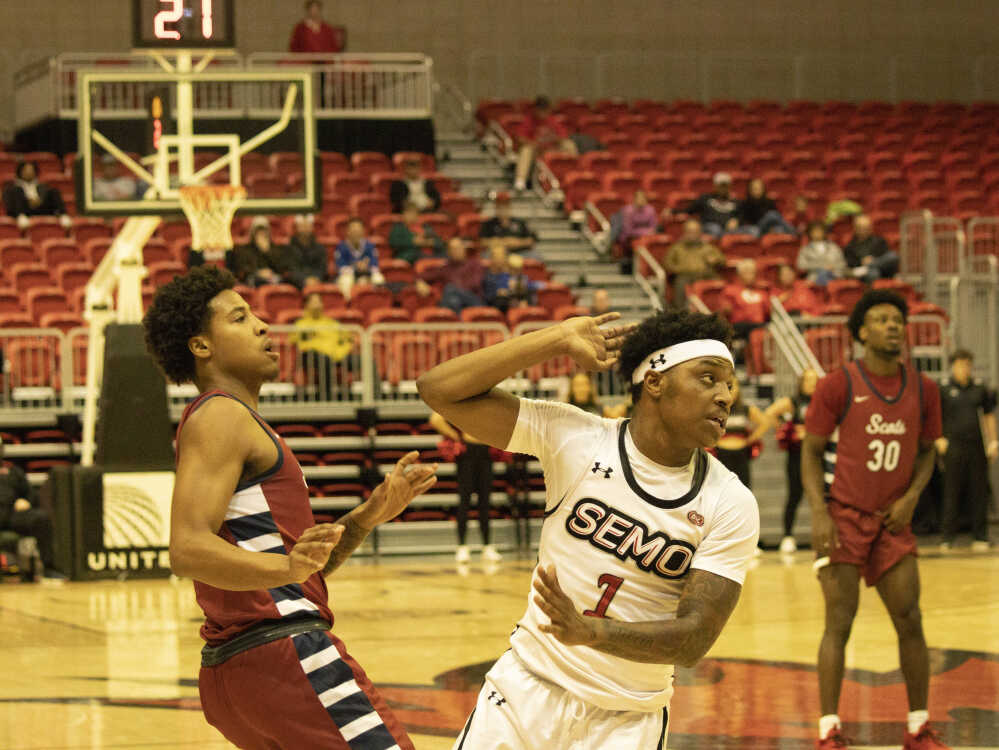 (1) Sophomore Point Guard Phillip Russell looks to see his fellow Redhawks defending the goal away from the oncoming Lyons at the Show Me Center on Nov. 12.
Photo by Nathan Gladden

The SEMO men’s basketball team beat the NAIA Lyon Scots in their home-opener by a score of 83-46 on Nov. 12 at the Show Me Center, out-rebounding the Scots 49-21 and generating 25 turnovers.

The Redhawks struggled from three early in the game, missing their first 15 attempts from beyond the arc.

Despite finishing with 21 points Russel credited solid teamwork for his success.

“It’s not really me it’s my teammates,” Russel said. “Them having trust in me to keep shooting really gave me the confidence.”

Despite a slow start from beyond the arc Southeast utilized an 8-0 start as well as a 15-0 scoring run to increase SEMO’s lead to 32-8 with 3:16 remaining in the first half.

Clark explained his approach to the game was simple yet effective

Redhawks coach Brad Korn said the slow offensive start to the game may have been due to SEMO’s season opener in Florida.

SEMO will look to build on their 2-0 start at 7 p.m. Wednesday, Nov. 16, they face the Missouri Valley’s Evansville Purple Aces.