A diagnosis is just labeling your symptoms 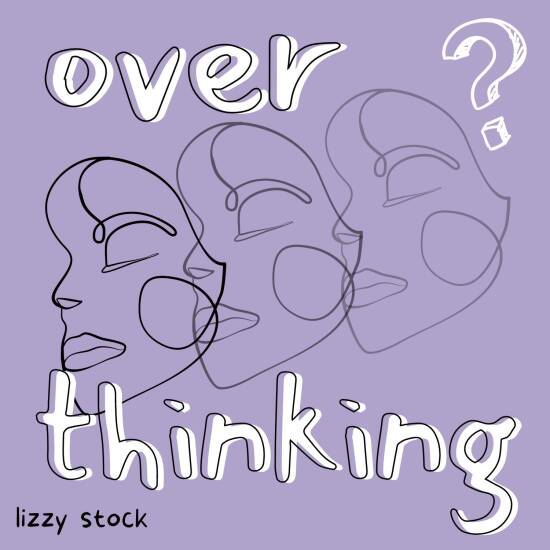 This column was written as part of an honors project for my abnormal psychology class with the intention of discussing psychology-related topics in a digestible and accessible way. If you enjoy it, there’s more to come! To be very clear, I am not a psychologist or trained medical professional, and all thoughts and opinions in this column are my own speculations, not scientific fact.

I’ve been thinking a lot about the possibility of having ADHD.

For my whole life, I assumed I was neurotypical, or someone “who thinks, perceives and behaves in ways that are considered the norm by the general population,” according to an article by verywellhealth. However, I’ve recently started pondering how my belief that I’m neurotypical is just a preconceived assumption.

After some thought, I realize there are big question marks surrounding some of my behaviors. I frequently forget things if I don’t write them down and put off answering messages even though I’m thinking about them. I can’t remember names or new information unless I have something else to mentally connect it to. I have a very hard time getting myself to do things, just to name a few.

To be clear, I’m not trying to say I do or don’t have a diagnosable mental disorder; a diagnosis doesn’t matter *that* much to me in the first place. What I do want to say, though, is I have harbored a lot of subconscious guilt for not being better at remembering, more productive and more attentive. And maybe this is a radical thought, but I don’t think I necessarily need a diagnosis to forgive myself for this aspect of my personality and accept these tendencies.

Something I’ve been thinking about a lot recently is how arbitrary labels and diagnoses can be, and how there is a lot more that goes into mental function and dysfunction than a simple, “You do or don’t have X diagnosis.” I think a better — or at least more interesting — way of conceptualizing mental function is with the idea of noise in the nervous system.

A. Aldo Faisal and several other scientists describe noise in the nervous system as a threshold for how faint any given sense or sensation can be for an organism to still be able to detect it, and noise refers to variability or inaccuracy in how sensations are perceived or if they are perceived at all. So, if the sensory receptors in my nose had a lower ability to filter noise, I would perceive very faint smells less accurately (it’s a little more complicated than that, but I won’t get into it now).

In terms of noise, the more effort a being puts into noise filtration, or improving the accuracy of detecting a sensory signal, the more energy it takes and the less energy there is left to do other functions.

Following this logic, the more energy someone dedicates to one activity, the less it will be able to dedicate to another. My brain is constantly moving and thinking a million thoughts a minute whether I like it or not. Since so much of my processing ability is being spent this way, it makes sense that other mental areas, such as perception and memory, would be worse than the average person’s.

Before I conclude, let me plant a thought in your mind. What does it mean to be neurotypical, really? Is there even one single human on this planet who has completely “normal” and predictable thoughts and responses in every single situation?

I think the idea of being neurodivergent is a lot more broad and spectrum-like than many people give it credit for. Everyone’s brain and body prioritize different functions, and if your functionality isn’t as good in one area, it might surprise you how complex the processes behind it are. Even if there isn’t a diagnosis or formal reason why you act differently than the “average” person, it is OK. I promise.

I’ve been talking — well, emailing — about my thoughts and epiphanies on this subject with a friend of mine, and he said something that caused somewhat of a fundamental shift in my conceptualization of how I mentally function. It might even be a paradigm shift for you, too:

“The moral is, it's true you can't do a lot of things that other people can, but that doesn't mean you're broken in some way. It took me an unfeasibly long time to figure out that it wasn't my abilities that were broken, but simply how I had been raised to think about what I should be able to do. I continue to maintain you have a great future ahead of you, and maybe even a leg up on many of us.”

Until next time, my lovely readers, and take care of yourselves. I love you and believe in you. :)