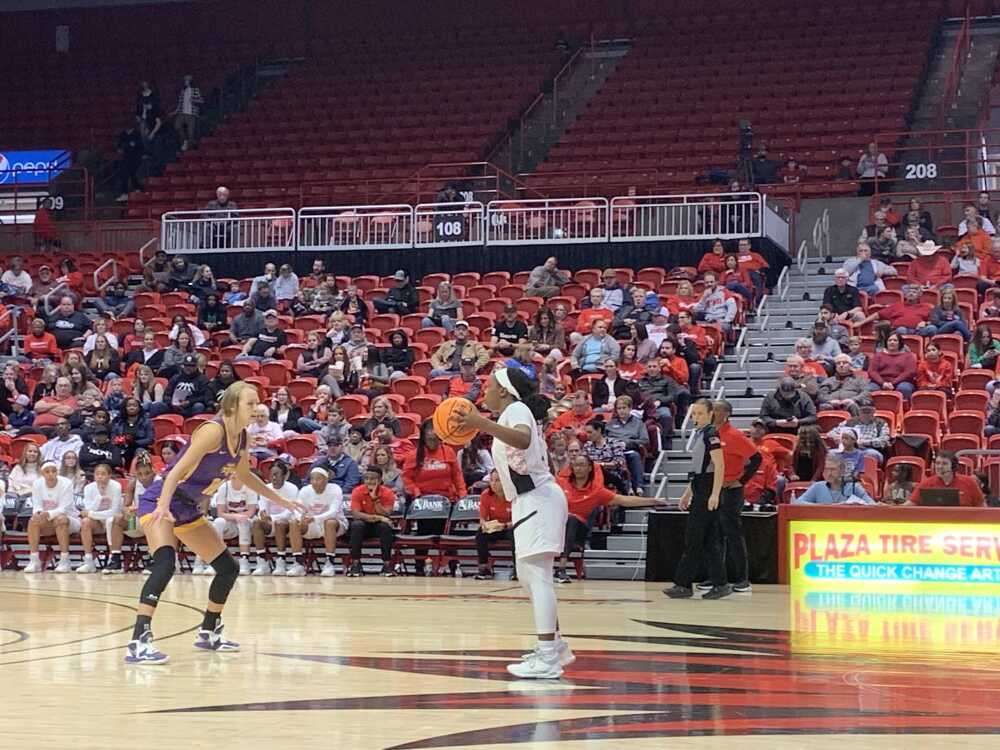 The SEMO women’s basketball team was defeated by Tennessee Tech 76-72 at the Show Me Center on Saturday, Jan. 21.

The game started as a back-and-forth battle with both teams going on runs to begin the first quarter. Tennessee Tech jumped to a 10-point lead at 13-3 before SEMO went on a 9-5 run to close the quarter down by single digits at 18-12.

Watkins said the team would not quit during the runs of the Golden Eagles.

“We know we’re not going to give up no matter if they’re on a run, if they get on a run we’ll get on a run, that's what it's all about we don't give up,” Watkins said. “We just have to finish shots, we have to make shots.”

The second quarter was all Tennessee Tech as they held on to their lead and extended it out to 10 points leading 39-29 at halftime. To start the third quarter SEMO began on a 7-1 run to knock the lead back down to single digits. Southeast continued on a 14-5 run to pull within one point at 44-43, Tech finished the quarter on an 11-3 run to extend their lead to eight entering the fourth quarter.

Bench scoring played a big role in the game for the Redhawks with the reserve players scoring 29 points. Head coach Rekha Patterson said it is nice to have some depth in games like this.

“We have quite a few weapons that can come in a score, rebound, defend or just bring a different element to the table when they’re on the floor,” Patterson said. “We got into some foul trouble tonight so it made it tougher for some players to play extended minutes. But, you never know whose night it’s gonna be.”

In the fourth quarter, the Redhawks were able to cut the lead down to three multiple times but never made it over the hump to take the lead. Tennessee Tech held them off enough for the four-point victory.

Watkins said although this obviously was not the result they wanted they can use this experience to work harder.

“This is definitely motivation, we can’t settle for nothing,” Watkins said. “Of course, we want to win every game, so that just means we have to get back in the gym and keep going hard.”

The Redhawks return to action against Tennessee State at 5 p.m. on Jan. 26 at the Show Me Center.