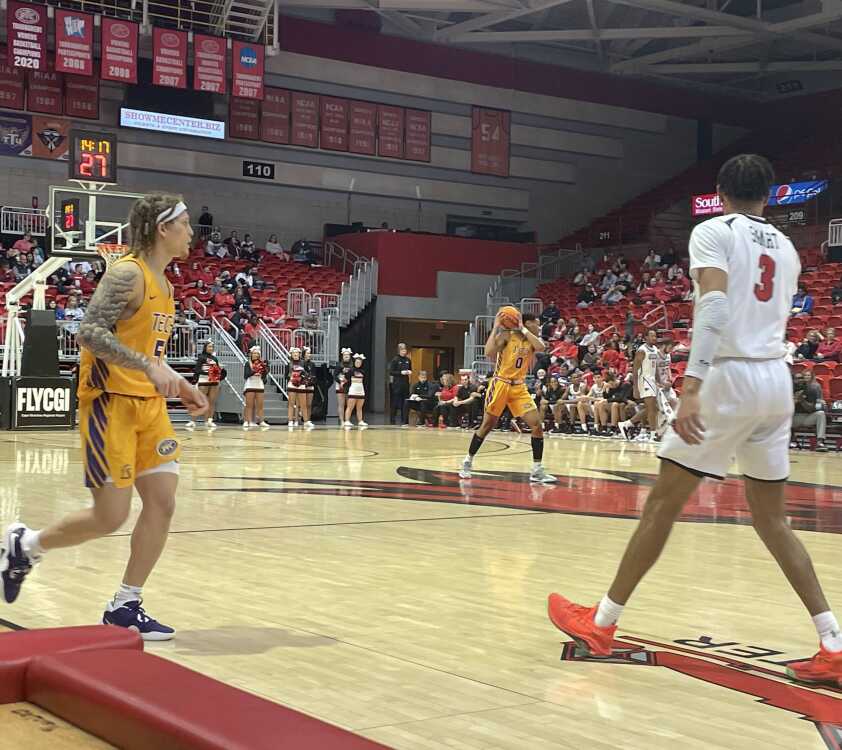 The victory put the Redhawks back in the winning column after losing to UT-Martin by 20 on Jan. 19. Sophomore guard Dylan Branson said improved energy on defense was one of the key differences between the two performances.

“Today, defensively we were intense. We were alert, we were guarding, and that really got him rattled a little bit,” Branson said. “We didn't come out with that same defensive intensity last game.”

Another key difference was the presence of sophomore guard Phillip Russell. Redshirt senior guard Chris Harris said not having Russell in their previous game was a major setback.

“We weren't ready to play with Phil going down. He's a big piece of what we do,” Harris said.

Although Russell did not have his best performance, shooting just 25% from the field, head coach Brad Korn said Russell's all-around game is what makes him a special part of what the Redhawks do.

“He can create his own shot. He can assist, he had 8 assists tonight, so he can get others involved,” Korn said. “He can normally make free throws, obviously didn't shoot them well tonight, and he can be a closer for us. There's really not a lot he can't do.”

Even though Russell was back in the lineup, the star performer for the Redhawks was Chris Harris. Harris finished the game with 23 points on 8-17 shooting and 11 rebounds. Harris said it was big for him to perform better than he did against UT-Martin.

“I shot a horrible percentage for the night and I didn't really step up and lead my guys the way I should have been,” Harris said. “So I really take that on me and I need to be a better leader and be a better senior for these guys.”

Overall the win put the Redhawks in a tie for first place in the Ohio Valley Conference standings. Branson said while it is still early in the season, it is still good to be at the top of the standings.

“It's early and we got a lot of work to do, but it feels good to put ourselves in a good position going forward,” Branson said.

SEMO will be back in action at the Show Me Center against Tennessee State on Jan. 26 at 7 p.m.