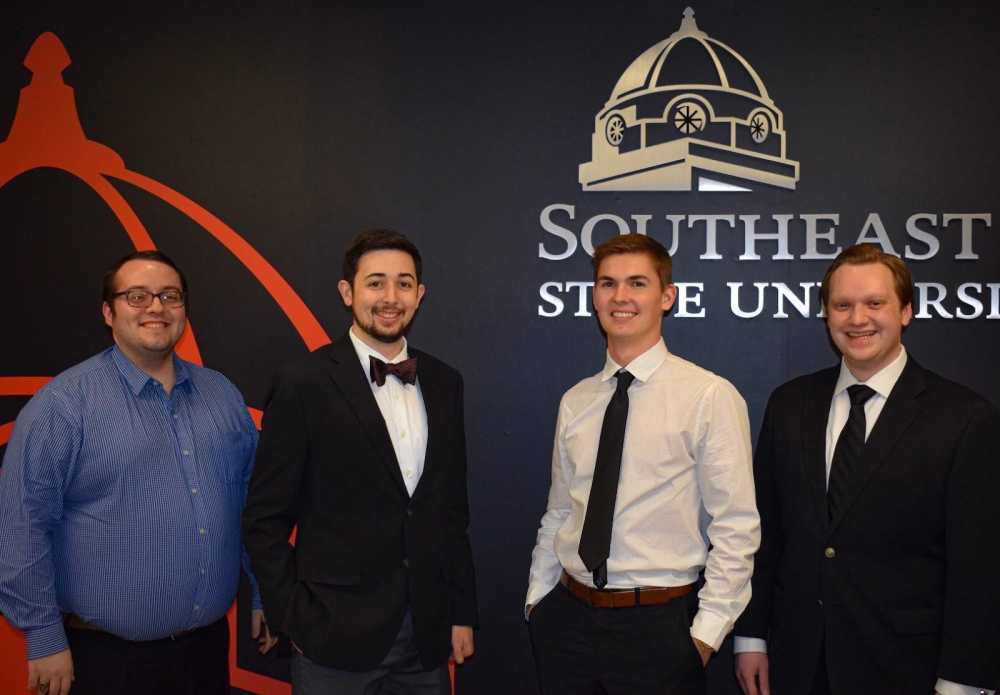 Two southeast business students secured their chance to win a million dollars in startup funds by advancing to one of the 2-day Hult Prize Regional Summits happening in April across the globe.

The Hult Prize, established by Swedish billionaire Bertil Hult in 2010, is an annual, yearlong competition that crowdsources ideas from Master of Business Administration and college students after challenging them to solve a pressing social issue around topics such as food security, water access, energy and education, according to the Hult Prize online.

Named the “Nobel Prize for students,” the Hult Prize Challenge presented this year’s challenge topic as “bold businesses for a better planet.” Participating teams used the topic as inspiration to create a startup business that has a positive impact on the planet.

“Viable Matter” hopes to transform the textile manufacturing industry by replacing cotton products with fiber made from hemp, which has the potential to be more environmentally friendly, affordable and sustainable.

“Industrial hemp is the name of the game, so right now everybody kind of focuses on the CBD side,” Protzel said. “No one really is looking at alternative uses.”

Protzel said an acre of farmland can produce about 1,500 pounds of hemp fiber, while cotton only produces about 500.

In a competition that started with more than 300,000 student teams, Ziegler and Protzel will take “Viable Matter” to the Hult Prize Regional Summits hosted in Toronto, Canada in April, where they will take on 66 student teams in the Toronto region.

If the team performs well in Toronto, they will then have the chance to compete in the final phase of the competition which includes six weeks of business incubator training and the opportunity to pitch their project at the United Nations headquarters in New York City in September.

“We automatically knew everyone else was going to probably build an app or go into tech so we were curious what's a new way to get into manufacturing because manufacturing doesn't change,” Ziegler said.

Protzel and Ziegler wanted to make something people use every day more sustainable.

“What about something that people use every single day if not three or four times a day?” Ziegler said. “We all gotta wear shirts.”

Protzel said entrepreneurship is about solving the problem and everything else comes with it.

“I think this was easy because it was honestly just more about a passion to actually create something,” Ziegler said.

Ziegler said he took on the challenge because he saw the ability to possibly pioneer something that might make Southeast Missouri and the rest of the state flush with new opportunities.

“I think it's a million-dollar idea,” Protzel said. “Absolutely.”