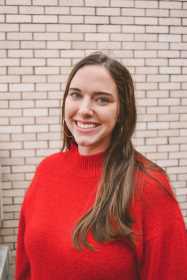 So a couple of new things would be I would reach out to all the student organizations, and just be super transparent as far as budgeting and letting them know what [resources] they have at their disposal. So they know what the potential for all their clubs could be with financing. It's really basic, but like organization and just making everything super easily accessible.

We have been using social media a lot and trying to keep our social media pages up to date, and posting different things daily. We've also been following as many people as we can and on Instagram we post Question and Answer things on our story, so that if people have questions about our initiatives or something, it's kind of like an interactive thing.

I do think that it has impacted that. I think it will probably be a little lower than what it would have been, initially, just because I know all of us had different campaign events scheduled for when we are planning on going back to school for spring break. So I do think that will affect it, but hopefully there's still a really good turnout.