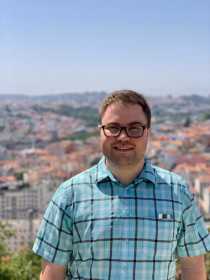 Southeast alumnus Nathan Carrington saw the benefits of his hard work in pursuing research and doesn’t take this experience for granted.

Carrington is a PhD candidate in political science at the Maxwell School of Syracuse University in New York, as well as a research associate at the Campbell Public Affairs Institute.

The publication stemmed from a book chapter in ‘Free Speech Theory: Understanding the Controversies’.

Along with his coauthor, Assistant Professor of Political Science at Purdue, Logan Strother wrote about confederate monuments and free speech theory.

As for Carrington and Strother’s chapter, they decided to do a survey to see what percentage of the public believed that removing these monuments violates free speech rights.

“As part of the chapter, we ran a survey and felt that it was worth trying to publish the results given the topic and our findings, beyond just the book chapter,” Carrington said. “We wrote it up as a research note and sent it to Politics, Groups, and Identities, a journal of the Western Political Science Association, where it was accepted by the editors and reviewers after a round of revisions.”

Carrington said they have been working on this project for about 18 months, which they concluded right before the start of the COVID-19 pandemic.

“The revisions were completed right before the pandemic, so thankfully it didn’t interfere with anything,” Carrington said.

He said this experience gave him the skills to apply to future successes.

“It really means a lot,” Carrington said. “With this being my first publication and having gone through this process from beginning to end, it gives me the skill set necessary to repeat this in the future which will hopefully help me land a job as a professor.”

Carrington said the professors he had at Southeast made an impact on his decision to attend graduate school.

“I didn’t start SEMO with the plan of going to graduate school, but my junior year professor Jeremy Walling suggested that I apply for the McNair Scholars Program,” Carrington said. “I did apply for Mcnair, was accepted, and being part of that program truly planted the idea of graduate school and becoming a professor.”

He said the program gave him the skills to succeed in graduate school.

“Aside from knowing the mechanics of applying, how to prepare, securing letters of recommendation — the McNair program also taught me how to conduct research,” Carrington said. “That knowledge helped tremendously, especially in my early years of grad school.”

Working with Walling, professor of political science, in researching the political socialization of Disney films gave him a taste of research.

“The idea of making a living by working with ideas sounded both incredibly challenging and rewarding, and that really motivated me to apply to grad school with the goal of becoming a professor,” Carrington said.

Carrington gave some advice for students who are interested in pursuing graduate school.

“Reach out to a faculty mentor or advisor and tell them,” he said. Your professors know what to expect in grad school, how to apply and succeed, whether grad school would be a good option for you, and a bunch of other things, simply because they have already gone through the process.”