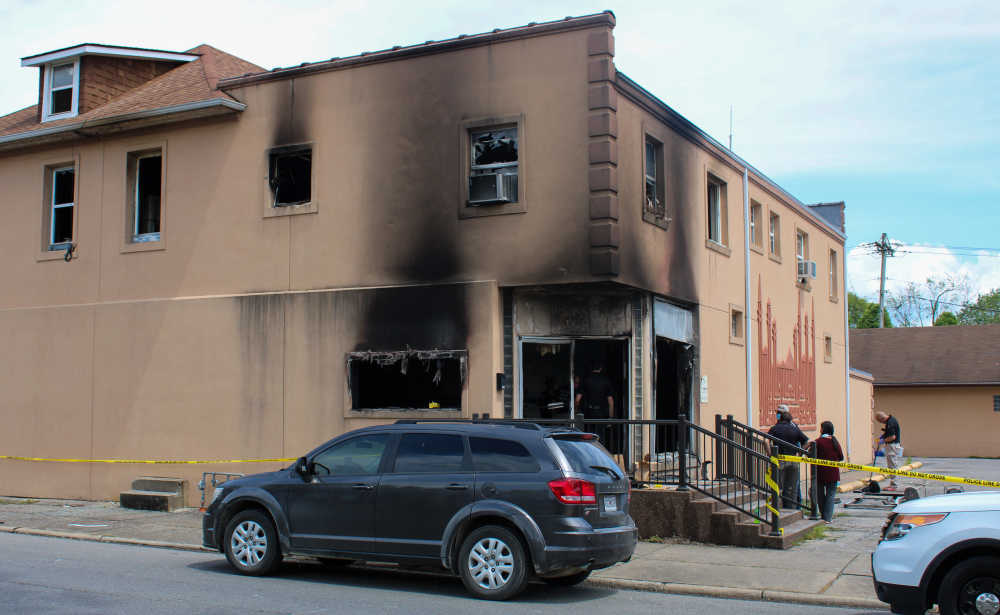 The Islamic Center of Cape Girardeau, located at 298 N. West End Blvd. is seen after a structure fire damaged the building on Friday, April 24.
Photo by Brooke Holford

A reward of up to $5,000 has been offered for information leading to the arrest of the person or persons responsible for setting fire early Friday morning to the Cape Girardeau Islamic Center, according to the FBI.

The fire was ruled “suspicious” by investigators Friday morning, and members of the Cape Girardeau and Southeast community are now looking for ways to rebuild and support one another.

The Islamic Center was declared a “total loss” according to the building’s owners who reported the update in a GoFundMe, which was started to help raise money to rebuild the center. The repairs will cost about $1 million, according to the update.

On Friday evening, the fundraiser had already drawn more than $18,000 in donations.

Dean of Equity and Diversity Sonia Rucker called the fire a “tragedy” which she said has impacted many people within the Cape Girardeau and Southeast community.

“[Those affected] are a part of not only the Cape Girardeau community but the SEMO community, as well,” Rucker said. “We have kids that work there, we have faculty who are a part of the Islamic Center, we have a number of people who are connected to that center. So it’s not just this anonymous group of people; these are our faculty, staff, students who’ve been affected by this.”

Professor of Spanish Debra Lee-Distefano said she was aware of around four or five people who lived at the Islamic Center, one of which was a Southeast student.

In an email on Friday evening, Assistant Director of International Student Services Brooke DeArman confirmed one international student was living at the Islamic Center, and said, “The Office of Residence Life worked quickly to make a space available for him by noon today in Towers East and he is there now and settled in.” 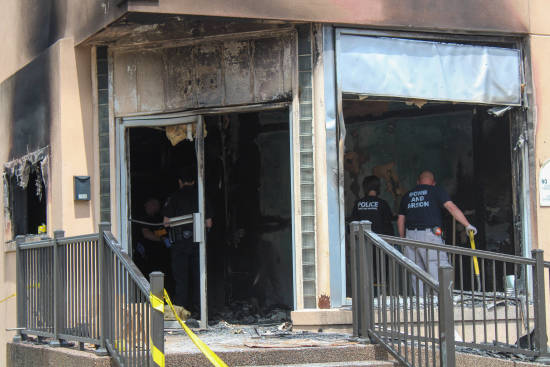 DeArman said the student lost a majority of his belongings in the fire, so she worked with many others from the university to gather donations on Friday.

“The Southeast Community and the Cape Girardeau Community have both been great and have pitched in clothing items, bedding, towels, toiletries, food, gift cards, a new REDHAWKS backpack, etc. He is very grateful for everything he has received and believes he has everything he needs for now.”

The Islamic holy month of Ramadan began Thursday night. DeArman said the Office of Residence Life provided the student with everything he needed to still observe the holiday.

Rucker said this incident has been painful for those in the Muslim community, as the Islamic Center is a special place for many within the religious community. She added it has been harder because this happened during the COVID-19 pandemic.

“Any time you have people who are dealing with the loss of their personal items — especially now with everything going on, people being sheltered inside of their homes — to have someone suddenly have their lives at risk and lose their personal property, you can’t help but just feel horrible for them,” Rucker said. “So it’s a big loss for them, and they’re really feeling this quite a bit.”

Distefano said it is important to support and help each other through this loss.

According to the Cape Girardeau Fire Department, the call for the fire at 598 N. West End Blvd. was received at 4:52 a.m., at which time emergency crews responded to the call. According to Friday reporting by the Southeast Missourian, no injuries were reported, and Cape Girardeau Fire Department Chief Travis Hollis estimated 12 to 15 people were evacuated from the scene.

First responders arrived to find “moderate fire on the first floor with extension to the second-floor apartments,” according to the department.

The release states an additional alarm, or “mayday,” was issued on the second floor during the fire response as two firefighters in the interior fire attack group became disoriented and needed assistance. The fire spread due to the building’s layout, which also contributed to the alarm.

According to the Southeast Missourian, the fire is under investigation by the state fire marshal, the Bureau of Alcohol, Tobacco and Firearms, the Missouri Division of Fire Safety and the FBI. Such an investigation is opened any time a fire involves a religious structure, interstate commerce or more than $1 million in potential damage, according to the Southeast Missourian.

Cape Girardeau Police Department Sgt. Joey Hann said in a text message on Friday evening the CGPD has actively joined with the FBI on a coordinated investigation for possible arson.

“We are asking for anyone who may have driven by the Muslim Center shortly before 5 a.m. Friday, when fire crews arrived on scene, to call into the Cape Girardeau Police Department and speak with detectives,” Hann stated.

To make a donation to the Islamic Center of Cape Girardeau, visit gofundme.com/f/fundraiser-for-islamic-center-of-cape-girardeau.