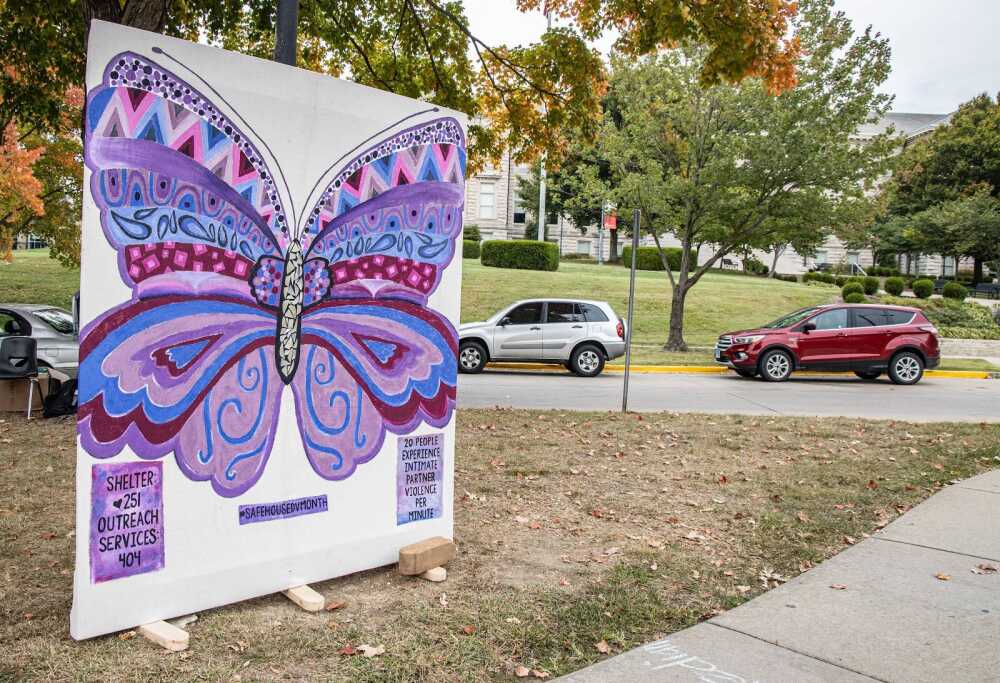 October is Domestic Violence Awareness Month. Students showed their support across from the University Center on Normal Avenue through the Clothesline Project.

People who have been dealt with domestic violence in their past have talked about what life was like for them.

“This is how I grew up, emotionally it was tough, I remember every night [my father] how he was coming, just by the way he opened the door, I knew he was drunk ” Ghenadii Bitco, husband of professor Kate Stepaniuc, said. “He would just look at me and I understood everything.”

Bitco said he took up material arts to defend against his father, he wanted to protect his mother and sister, he was not concerned about himself. Additionally, when his father was diagnosed with cancer it changed him a little. It was not until last year where he could have a real conversation with him.

The color purple was chosen as the symbol of awareness for Domestic Violence Awareness Month, as it was the color worn by thousands of women who marched to Washington in 1978.

“The women’s suffrage movement utilized purple, white and gold in the early 1900s as those were the colors of the National Women’s Party,” said Rose M. Garrity, former president of the National Coalition Against Domestic Violence. “The colors started over in England and symbolized purity, hope and loyalty.”

Additionally, the butterfly was chosen as the symbol for Domestic Violence Prevention Month, symbolizing a survivor spreading their wings and transitioning into a new era.

The Clothesline Project is a global awareness campaign to put a stop to domestic violence. 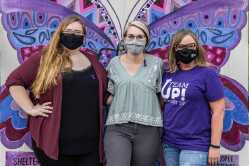 “The Clotheslines Project is an opportunity for survivors to express the violence that happened to them and to raise awareness,” said Donna St. Sauver, coordinator for the campus violence prevention program.

T-shirts were given to each survivor who painted words of encouragement to other survivors. Each color had a meaning. Survivors pinned their T-shirts to the clothing line, along with other survivors of the past. Clothespins were handed out to any domestic violence ally of the movement. The clothespins were painted on by the allies and were used to hang a T-shirt.

Survivors had the option to choose from 11 different T-shirt colors: brown for survivors of emotional, spiritual or verbal abuse; green or blue for survivors of incest or childhood sexual abuse; purple for survivors of attacks suffered due to perceived sexual orientation; pink, orange or red for rape or sexual assault; white for people who have died due to the result of violence; and black for those disabled as a result of an attack or assaulted because of disability.

People who have been dealt with domestic violence in their past have talked about what life was like for them.

Attendees had the option to take a picture in front of the butterfly mural created by Kori Demyan and enter their name into a drawing to win prizes with the hashtag #PowerUpSEMO.

If you or someone you know is in an abusive relationship, contact your local authorities or talk to someone you trust. Call the National Domestic Violence hotline at 1 (800) 799-7233. To learn more about domestic violence, visit their website The Hotline.