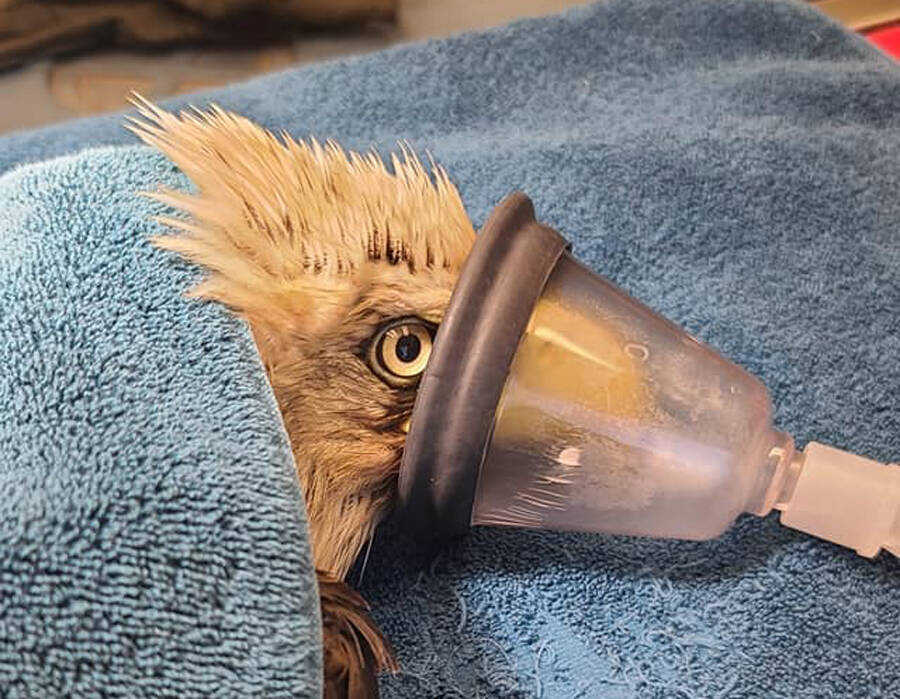 Sean Byrd, who is teaching a Companion Animals course this fall, operated on the bird on Oct. 23 at Skyview Animal Clinic. The adult male eagle had fractures in both of his legs, which required extensive surgery to repair.

Byrd said it is likely that the bird was hit by a vehicle.

“Most likely it was having a bit of snack in the road, and when a car came it couldn’t get away fast enough,” he said.

Unfortunately, the bald eagle passed away two days after arriving at Watkins Wildlife Rehab for recovery, owner John Watkins said. He believes the bird died of internal injuries from the accident that were previously unknown.

The Missouri Conservation Center found the bird near Bloomfield and brought it to the Watkins Wildlife Rehab center, who determined the eagle would need medical attention.

The doctors inserted stainless steel rods to stabilize the bald eagle’s fractured leg bones, Byrd said. One of the most difficult challenges of the surgery was prep work; in order to better access the incision site, Byrd said he had to remove some of the bird’s feathers.

“Underneath [the feathers] is this down material, so there’s little feathers flying everywhere during the procedure,” he said. “It kind of looked like it was snowing when we were cleaning it.”

The surgery was considered a success according to Byrd, and the bird’s legs were recovering well. 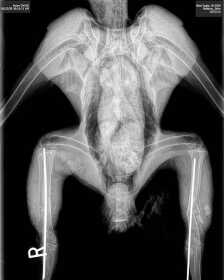 He said this is the second bald eagle they have seen in the past six months at the center, and Byrd added he cares for several bald eagles each year.

Watkins Wildlife Rehab center has cared for animals such as bald eagles since 1969, Watkins said. After receiving an injured bird, the staff will retrain it to fly, hunt for food and eventually live in the wild on its own. Recovery can take a few months, Watkins said, and requires rehabilitation with a focus on independence.

More information on Watkins Wildlife Rehab can be found at https://watkinswildliferehab.org.}