Kathy Harper speaks on being the new Director of University Communications 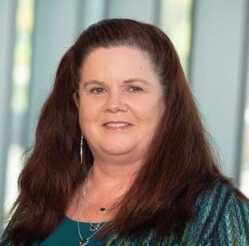 “I really am enjoying the job. It is very exciting being a part of the executive team and reporting to the president with also being involved and helping out with such a wide range of issues,” Harper said.

Harper is new to the Cape Girardeau area and is originally from Jacksonville, Fla. She started her position as director of university communications Monday, Sep. 28.

Harper said she got to spend her first two weeks with Ann Hayes, and that made a huge difference on her understanding of things, helping her to feel comfortable. She said she knows she can call or email her predecessor as a resource when she has a question.

She approaches her position by always being open and honest and creating relationships and an understanding with faculty, students, parents and the members of the community so they can know what is being done for the university.

“I was looking for a new opportunity, and I found the one here at Southeast on a Higher Ed Job board,” Harper said.

In 2009, Harper first started working in higher education as an admissions officer for the NBA program of the University of Florida. She later worked at Blue Cross and Blue Shield of Florida as a senior manager of public affairs for the Orlando region.

“I always feel that I can live anywhere, and I am blessed that I can choose where that anywhere is, but I love going to new places, meeting new people and learning new things,” Harper said.

Before her position at Southeast, she spent a year working at the University of Wisconsin-Madison as the marketing and communications consultant.

“I always have had a plan of where I wanted to go for my career, but I also have always been flexible to just go where life takes me,” Harper said.

Her office is located in Academic Hall Room 145.