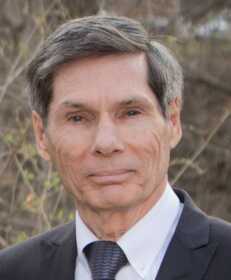 Being an editor at the Arrow, much like any number of student organizations on campus, is an experience that tends to stick with members who leave the organization long after graduation or retirement. This is why when Arrow alumni heard of the passing of former Arrow adviser and Southeast professor Roy Keller, they began working to endow a scholarship in his name at the university.

Keller served as journalism professor and adviser to the then Capaha Arrow for 24 years (1984-2008) and died in late March 2020 after a two-and-a-half-year battle with brain cancer.

Current Arrow adviser and Mass Media chair Tamara Zellars Buck was an Arrow staffer under Keller and went on to be his colleague after graduating.

Buck said Keller is a key reason she got involved with the Arrow after transferring to Southeast, and he believed in her enough to make her editor after just a year with the program.

“It was an interesting journey, moving from being his student to his colleague until he retired,” Buck said.

The scholarship will be an endowed scholarship, with the goal to raise $10,000 by Mar. 1 so it is ready for the new school year. This amount of money ensures the scholarship is maintained for years to come.

Keller’s family wants the scholarship to benefit a student who worked at the Arrow in some form, and according to Buck, one of the qualifications will require students to write an essay discussing their time at the Arrow prior to applying for the scholarship.

“He advised [the Arrow] for 24 years, and that was his joy,” Buck said. “That’s why his family thought that should be part of the criteria for receiving the scholarship.”

Former Arrow editor and Southeast alum Zach Tate said adding a scholarship for Arrow staff members could help the productivity of the organization in the long run.

“A lot of times, Arrow workers have to work a second job in order to support themselves, so having this additional support from a scholarship is really going to help people commit to working for the Arrow,” Tate said.

The scholarship is approximately $2,200 away from its $10,000 goal. To donate, visit https://semo.edu/foundation/give/give-online.