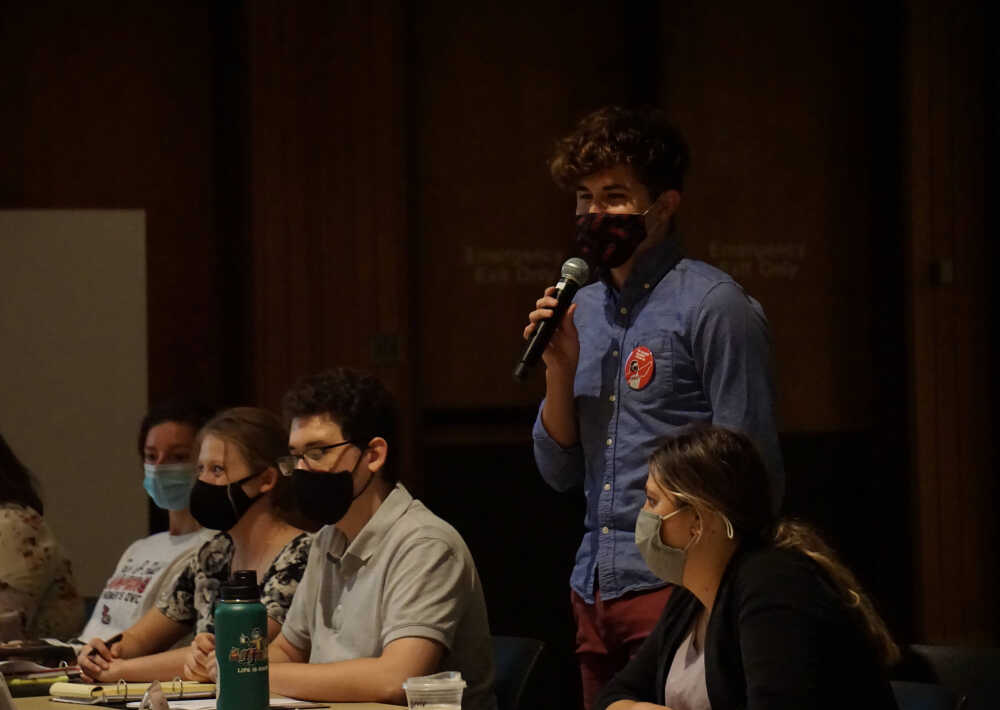 “We will provide upgrades to our computer programs,” Atkins said. “They were purchased in 2016 and are not equipped with microphones and webcams.”

The push with the upgrade is to allow better in-person and virtual access to tutoring for students by providing more resources to learning assistants for an increased positive experience.

A major push for the increased budget will be a new appointment-scheduling software. The software the Learning Assistance Program currently uses restricts the ability for tutors to hold in-person and virtual sessions for their tutees.

“Every semester, we have some glitches with the first day it goes live, and it adds time to when students can get scheduled,” Atkins said.

SGA continued their session after Atkins’ presentation, preparing their questions to determine the options they have for fulfilling the request by the Learning Assistance Program.

The major concern presented was the uncertainty of both the Tutorial Services budget, as well as the current budget of Student Government.