Who will be selected? SEMO campus votes for the 2021 Man and Woman of the Year 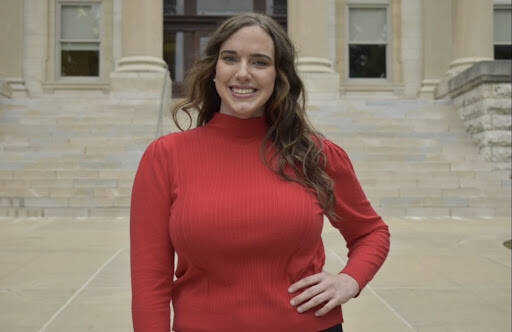 Every year, Southeast honors students with the chance to receive the title of Man or Woman of the Year. From Southeast athletics to Student Government Association (SGA), this year's finalists for the Man and Woman of the Year participate in a wide variety of roles on campus.

“When looking for the finalists, we look for those who embody the SEMO spirit, are good role models and are examples of what it means to be a good, involved student leader,” director of Campus Life and Event Services Michele Irby said.

If someone is interested in being a Man or Woman of the Year candidate, they must be sponsored by a student organization or an athletic team. They also have to match the requirements to be in the running for Man and Woman of the Year, including completing at least 60 credit hours, having a 3.0 GPA and being a member of at least two clubs or organizations on campus or two athletic teams.

Once the sponsoring organization picks nominees, candidates start the application process. They fill out a written application prior to the interview process. After this process, the names of finalists are released, and members of the campus vote for who they think are the best picks.

Here meet your 2021 Women and Men of the year finalists. 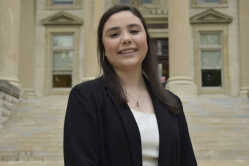 Carpenter is an agribusiness major and is involved in Alpha Phi, the National Residence Hall Association and the Red Cross Club.

Her favorite homecoming memory was during her freshman year, when she went to the spirit rally.

“Just seeing all the excitement with the Greek organizations and all the people participating — it was really nice to see all of our organizations come out and support each other, as well as being in a friendly competition,” she said.

When asked who she would want to be stranded on a small deserted island with, she went with Oliver Queen.

“Oh goodness, this is gonna be a weird answer, but I have an explanation. Oliver Queen,” she said. “He plays the Green Arrow, and he survived on an island for a long time, so I feel like he would be the one to keep us alive.” 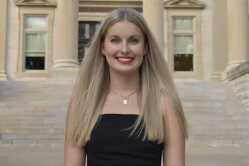 Johnson is a communication disorders major and is involved in Gamma Phi Beta and the Jane Stephens Honor program.

Her favorite homecoming memory was when she stayed up all night to help her sorority sisters pomp their float for the parade.

“My freshman year, we stayed up all night pomping the float. Great memories for that, then came the morning. It was raining, so the parade was cancelled, which was a downside, but they couldn't rain on my parade. It was still so much fun,” she said. 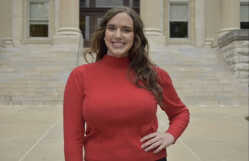 Noe is a double-major in business administration and corporate communications. She is involved in the National Society of Leadership and Success, the International Business Club, Order of Omega and Iota Chi.

When thinking back to her favorite homecoming memory, she thought of her sophomore year.

“My G-big in my sorority was nominated for Woman of the Year, so my friends and I went to see her at half-time,” she said. “It started to rain, but we were so excited to see her out there, we didn't care if it was cold and rainy.”

If Noe had a movie made about her life, she would want Amy Schumer to star as her.

“I feel like whenever she’s working, she makes things relatable, funny and low-key,” she said. “She might be a good person to play me.” 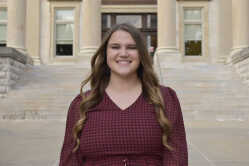 Petersen is an elementary education major and is involved in Kappa Delta Pi and Rho Lambda.

Petersen’s favorite SEMO memory goes all the way back to her freshman year.

“A bunch of girls and myself from my floor went sledding down the hills outside of Towers on our tote lids, then our lids broke,” she said. “We quickly found out that you cannot buy just the lids at Walmart. So, a lot of us moved out our freshman year without lids to our totes. It is really funny to look back at now, but that is something I will remember forever.”

If you ever wanted to take Petersen on the perfect date, grab some sports tickets and food — you’ll be set.

“I’m a big foodie person, so I feel food needs to be involved, but I’m also a big sports person,” she said. “So, I could watch a football, hockey or baseball game and be totally content.” 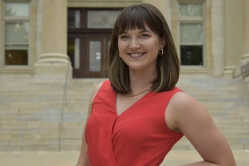 Powderly has only gone to one homecoming due to rain and COVID-19, but she enjoyed it to its fullest.

“My freshman year, we got to walk in the parade with athletics, and I was super excited to participate. So, that kind of made me really excited about getting involved in SEMO,” she said.

If exotic animals were allowed to be kept for pets, Powderly knows which animal she would choose.

“I’m turning into a cat person kind of, and I have been watching lots of videos about big cats,” she said. “I would like to have a puma or a cheetah; something like that would be really cool.” 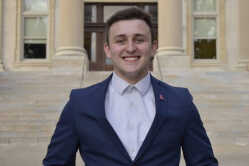 Beatty is a corporate communications major and is involved in Iota Chi.

Beatty said his favorite homecoming memory goes all the way back to his freshman year with his fraternity brothers.

“We were in the parade walking next to our float. The funniest part was one of my fraternity brothers got on our big bell that we have, and for the duration of the parade, rang it back and forth,” he said.

If Beatty could get a fictional creature to be his pet in the real world, he would choose the eagle-lion hybrid, the griffin.

“If I could own a fictional creature, it would have to be a griffin,” he said. “Like, half-eagle, half-lion. I would say the biggest representation in animals, and how sick would it look to ride on a lion-eagle hybrid flying in the air.” 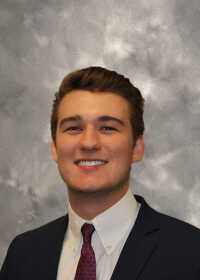 Carlson is an accounting major and is involved in Beta Alpha Psi and Order of Omega.

“I am excited to compete against the guys. I am good friends with a lot of them,” he said. “I know that no matter who wins, SEMO will be appropriately represented.”

“It was my first time being able to experience the amazing Southeast culture and atmosphere,” he said.

When asked what power he would want as a villain or a hero, he came clean as a Star Wars fan. 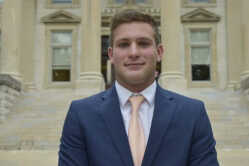 Knupp is a biomedical sciences major on the pre-med track and is involved in Sigma Nu, Global Brigades, Iota Chi and President's Leadership Academy.

“Going through the process is a little nerve-wracking,” he said. “I’m honored just to be a finalist. No matter if I end up winning in the end or not, it was just a huge honor to be nominated and potentially be the person that represents the men on campus.”

When asked where he would go if he could travel anywhere in the world, Knupp quickly answered he would want to travel to Greece.

“I want to live in Greece at a certain point. I’ve always been fascinated with their culture and their architecture,” he said. “I think it’d be really cool just to go and experience it over there. Just live and gain some new insight.” 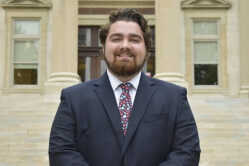 Phillips is a corporate communication and political science major and is involved in Iota Chi, Order of Omega, President’s Leadership Academy and the All University Judicial Board.

“I am definitely excited — it's really cool to be a part of the group that's all nominated with the finalists. It’s a huge honor,” he said. “You know, I look around at all the other people nominated, and it's very special to be a part of something like this.”

If Phillips could only have one meal for the rest of his life, he would choose surf and turf.

“You can't go wrong with it, and it’s the best of both worlds,” he said. 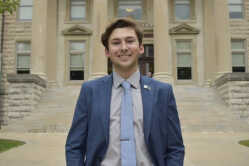 Wright is a marketing major and is involved in the Red Cross Club, Redhawks CEOs, Phi Beta Lambda and the Greek Life Office.

Wright’s favorite homecoming memory was the experience as a whole during his freshman year.

“The whole experience as a whole; more specifically, the Greek Life side of it,” he said. “No one likes pomping boards and stuff, but when we had it in the house, I’d have hour-long conversations with people that I didn't even know. It was really cool.”

When Wright was asked if he could give his hometown of Perryville a food that represents it he choose biscuits and gravy.

“I don't know why, but the first thing that comes to mind is biscuits and gravy. I think of it just as homestyle country cooking.”