Notes from Abroad: The fruits of my labor 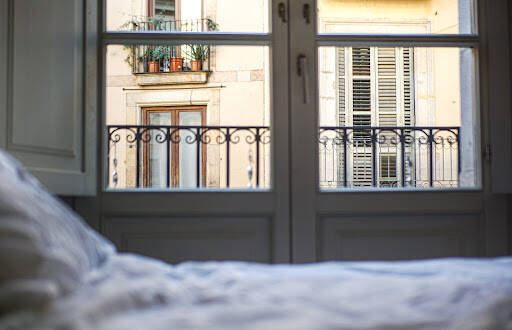 Here I am, sitting on my first connecting flight to Barcelona.

It is all very bittersweet. My goodbyes were full of teary eyes and long embraces. Those last hugs and kisses remind me just how truly grateful I am to have so much love and support in my corner.

I was born and raised in the small town of Cape Girardeau, and I’ve been dreaming about the day I would leave this place for longer than I can even remember.

The anticipation has been unbearable. The months leading up to this day were littered with obstacles that felt never ending.

When you hear or think about studying abroad, it’s mostly about the time spent in another country. However, it didn’t hit me until about three months ago that the preparation for this kind of life-changing experience takes much more than I could have ever expected.

Have you ever heard of an international voltage converter? Or a TIE card? Or a nota simple? Me neither! At least not until I started preparing to move to another country.

The word “adulthood” has been chasing me around like a dog trying to catch its tail. I don’t love the idea of growing up. I think many people grow up too fast and don’t allow themselves to truly embrace the in-between period — where responsibilities are limited and there are still an abundant number of paths that could be taken. But I can confidently say I aged at least 10 years within the past three months.

I ran into many challenges during my time trying to prepare, and much of it was something that I had to overcome on my own. From what my study abroad advisor told me, mine was a very different experience that he had not quite seen before.

The world has changed since the pandemic, which means policies have changed along with it. This made the process of attaining my visa more difficult than I ever would have imagined.

I’ve cycled through three different advisors at my school in Barcelona, each one having difficulty getting me the documents and information that I needed in order to be accepted for my visa.

My acceptance letter had to be rewritten five different times before it met all of the requirements for legal documents.

Once I finally had everything I needed, my mother and I took a train out to the Spanish Consulate in Chicago — only two weeks before my flight to Barcelona. I went the extra mile to make sure that I had everything I needed for my visa application because I would not have time to come back to Chicago before leaving.

My visa got kicked back…

I can’t lie and say I didn’t sit on the floor of the lobby, crying my heart out after being told they couldn’t accept my visa. All I was missing was a signature on the lease from my landlord. Just one signature! I was told I would have to go back home and resubmit the revised documents to be considered for the visa

I felt so defeated. I even told my mom, “What if I’m not meant to go? And the universe is just throwing red flags in my face?”

Those tears soon turned into cheers, as my visa arrived in the mail not even two weeks later.

It is almost comical that, for a split second, I admired the idea of bailing on this whole study abroad thing, because here I am now.

I am very proud of myself for choosing not to quit. In reality, it would have been so much easier.

Nothing comes easily, and I know that my courage and determination will soon pay off.

Tend to your garden, even when it seems that nothing worthy will sprout from it, and before you know it, you will be enjoying the delicious fruits of your tedious labor.