Ask me Anything: Fate 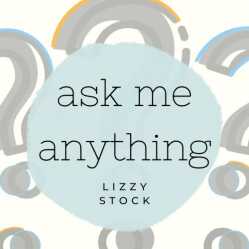 This week’s question: What do you think about the concept of fate?

Hello, readers! It’s been a second. But I’m back to talk about a topic that’s been brewing in my mind for a while: fate. Culturally, the idea of fate pops up often in phrases like “It was meant to be,” or “Everything happens for a reason.” But is the universe really lining up things for us that are out of our control? I asked my good friend D for their perspective.

D: It’s a weird topic, because I personally think that fate is defined by what each person believes. Because some people may believe fate is like, what your set path in life is… Some people believe little bitty instances to be related to fate, not even like an overall encompassing idea, I guess. But I personally don’t think fate is real.

L: Do you think there is — in your opinion — anything at all that is fated to happen, if you will? Or is it just more so something that some people believe to bring them comfort?

D: I think it’s just something some people believe to bring them comfort. The world is a spontaneous and weird place, and things are always happening at different times in different places to different people. So, life is kind of random. I don’t see why it should be uniform, or thought to be uniform.

L: Do you think that the way that people are [and their character] limits their options for what could happen to them?

L: Do you think the idea of fate, predestination, “Everything happens for a reason” is harmful in any way, or limits peoples’ potential if [they] do believe that?

L: Why do you think the idea of fate is so common?

D: Fate is probably just common because of traditions, what people have been brought up to believe, what people hear around them… I mean, you can go as far back with fate from like, Christianity, to ancient Greek, to Roman Pagans, people have believed that life has been predestined for you.

L: If you were dealing with something where one might be tempted to say, ‘Everything happens for a reason,’ like consoling somebody after something bad happened… Is there anything better to say in that situation?

D: I mean, I wouldn’t say everything is meant to happen, because that just… that does not seem like a good thing, in my opinion, to say to somebody. Because that’s basically like telling somebody, ‘hey, war is meant to happen’… amongst many other things that I would rather not say. I don’t know if I personally would have anything better to say, other than just, I’m sorry.

I’m not telling you what to believe, nor am I saying that there is one right way to approach this topic. At times, the weight of being alive can feel suffocating, and I think the idea that there’s something out there guiding your destiny can be very comforting. But whatever you believe, I think it’s really important to give some serious thought to the question:

If I am in charge of my fate, what’s possible?

Good luck out there, readers, and be kind to one another.