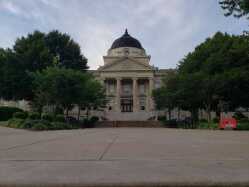 The Southeast Board of Governors met to discuss SEMO’s budget, a change in fees for international students, and the change or deletion of specific degrees.

Other than the overall increase from $145.5 million to $146.3 million, the budget reviewed for the 2023 fiscal year will look very similar to past years.

The board is facing an issue of how to spend the remaining $6 million of the COVID-19 fund that was provided to the institution in 2020. The money must be completely spent by June 2023 and must be used for services or problems that have been directly impacted by COVID.

Vice President of Finance and Administration Brad Sheriff mentioned possibly using the money for debt relief for students, but ultimately stated they were having a difficult time spending all of the money before the due date.

“We will try to utilize those dollars where it's appropriate to offload some of the equipment and operations costs from our regular budget,” Sheriff said.

The approval of the budget for the 2023 fiscal year was passed 6-0.

A change in fees for international students was proposed by Vice President of Enrollment Management and Student Success Debbie Below.

In the proposal, any international student applying to SEMO will now pay $60 instead of $40 for their application to SEMO. A fee of $125 will also be charged to take part in the optional practical training STEM program, which allows international students to remain in the country after their graduation date and work in their respective field.

Both fees will begin being charged after Nov. 1 and Aug. 21, respectively.

The fees are being raised due to the overwhelming number of international students applying to SEMO every year. Below projected within the past four years, there has been at least 1,000 to 2,000 more international applicants each application period, making it hard for the small staff team to process and accept or deny applications.

“This fee is intended to likely generate as stated in the motion an excess of $280,000, which will help offset the cost of the personnel associated with the processing of these [international] applications,” Below said.

Governor Vivek Malik was the main opponent of this new proposal. He said domestic undergraduate students aren’t being charged an application fee, so it should be the same for international students.

Malik also said if an international student is applying to more than five or 10 colleges, they can be spending upwards of $500, which can greatly deter them from applying.

Malik instead proposed completely removing the application fee for international students and raising the OPT fee by double.

“The student will be more than willing to pay up to $250 rather than only $125 because he's going into the industry and will be earning that money,” Malik stated.

The motion passed 6-0, but two governors, including Malik and Edward Gargas, said the motion will need to be either changed or amended at a later time.

“I’m not going to say a timeline — I’ll leave that to some others — but we [will] develop that transition plan that we are going to move to a zero application fee,” Gargas said.

The degrees were presented as both having low enrollment, and faculty members within those respective departments stated it will be beneficial to remove them as relevant degrees.